Tim Cook Says Patent Wars “Are A Pain In The Ass” 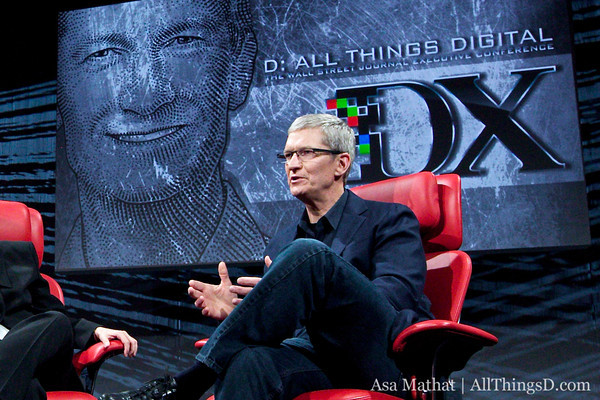 During the opening session of Tim Cook’s onstage interview at the D10 conference, he was if patent wars are “a problem for innovation.” He simply replied, “Well, they are a pain in the ass.”

Samsung and Apple have been going at it for a while now with all the ongoing patent wars. But do these battles have impact on Apple’s innovation? Tim Cook went on the record to discuss his opinions on patent wars.

The vast majority of people suing us are suing on standards-essential patents, and that’s where the patent system is broken. No one should be able to get an injunction off a standards patent, because the owner is obligated to license it in a fair and reasonable manner.

Apple has not sued anyone over standards-essential patents that we own, because we feel it’s fundamentally wrong to do that. The problem in this industry is that if you add up what everyone says their standards-essential patents are worth, no one would be in the phone business. It’s maddening. It’s a waste. It’s a time suck. Does it stop innovation? Well, it’s not going to stop us, but it’s overhead. I wish we could settle this stuff.

From our point of view it’s important that Apple not be the developer for the world. We take all of our energy and all of our care, and to have someone else put their name on it? The worst thing in the world that can happen to you if you’re engineer and you’ve given your life to something is for someone to rip it off and put their name on it. We just don’t want people ripping us off.

Tim does have an excellent point here. If everyone sued over the smallest “essential” patents, no one would be in business. But I guess Apple has a much more conservative mindset than Samsung…

Don’t you think all these “patent wars” are silly? I sure do.