These New Samsung Chips Will “Definitely” Be In Future Apple Devices 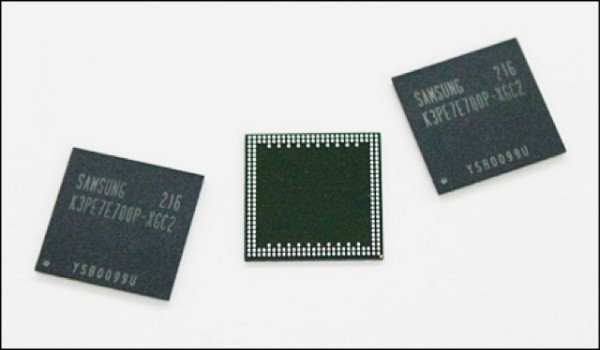 Samsung has reportedly launch their new 20-nanometer chip a bit ahead of schedule to calm to fuss on some rumors yesterday that made investors nervous and their stock plummet 6%. You may think 6% isn’t much but this little loss cost Samsung about $10 billion in market value!

Because of an unreliable rumor from DigiTimes stating that Apple had “booked up” manufacturing output from Elpida, Samsung was forced to release the new ultra-thin 4GB memory chips today. The original press release was scheduled for May 21st.

An unnamed Samsung executive told The Korea Times that these new chips will be used in upcoming Apple devices. The executive said that Apple has no plans of reducing orders from Samsung.

“Samsung is increasing the output of mobile DRAMs using a finer 36-nanometer processing technology for Apple as planned. It doesn’t have plans to reduce production of the chips,’’ said another senior Samsung executive in a telephone interview with The Korea Times.

“The report from Taiwan is exaggerated. Apple is always looking to diversify its part-sourcing channels. In flat screens and chips, Apple is sourcing parts from various clients that include Samsung, however, that doesn’t mean we are losing our edge as Apple’s top-tier client,’’ said the executive.

Apple is definitely using the chips.

Samsung really rearranged everything in fear of investors. This just shows the impact that Apple has being associated with Samsung. Apple accounts for a good chunk of money Samsung makes. Apple is expected to buy $11 billion worth of chips and displays from Samsung this year alone! That’s a lot of iPhones, iPads, and iPods…

So if they were that worried about rumors of Apple ditching them, why do they constantly have so many legal battles! I understand the battles are from different business sectors, but I just think it’s all a bit funny.

Source: The Korea Times via The Next Web