T-Mobile Focused On Selling Android Instead Of iPhones? 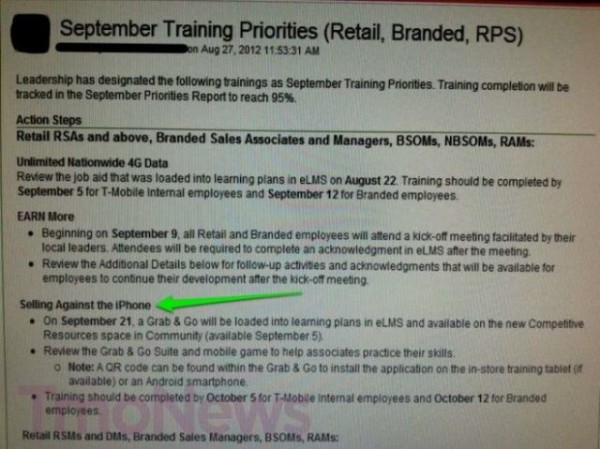 I guess T-Mobile hates the iPhone. I can’t say for sure, but according to this new report, T-Mobile isn’t getting the iPhone and actually plans on “selling against” it…

According to TmoNews (via Engadget) T-Mobile plans to put their focus on selling Android phones. The report indicates that a new training module will be rolling out on Sept. 21, the rumored launch day for Apple’s new iPhone, and that the employees are to sell against the it.

Perhaps it’s coincidental that the information for employees to utilize against the iPhone will drop on September 21st, a date being tossed around as a possible release date for the next-generation iPhone. Perhaps it’s just coincidence but we can’t envision a scenario in which T-Mobile would prepare their employees to sell against a product they are about to receive.

T-Mobile is one of the four major carriers in the U.S. and it would be a shame to see them get passed up again on an iPhone offering. I just don’t understand why they can’t get their crap together and get on the Apple train. I’m not familiar with the practices in acquiring the iPhone on a network, but it seems like everyone else has been able to do it; even pre-paid carriers. 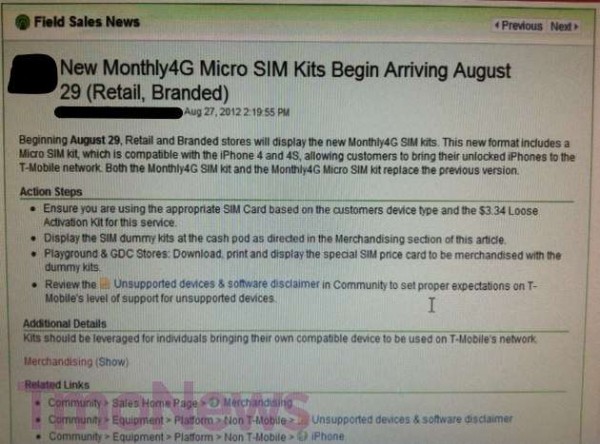 T-Mobile even took the time to roll out an iPhone compatible network, so what’s the deal here? The carrier is even launching iPhone compatible micro SIM kits. Something isn’t right here. From the looks of it, if you have an unlocked iPhone T-Mobile will let you through the door, but they’d rather sell you an Android phone.

If T-Mobile doesn’t want the iPhone, they will be missing out on more new customers and possibly loosing some to other carriers.