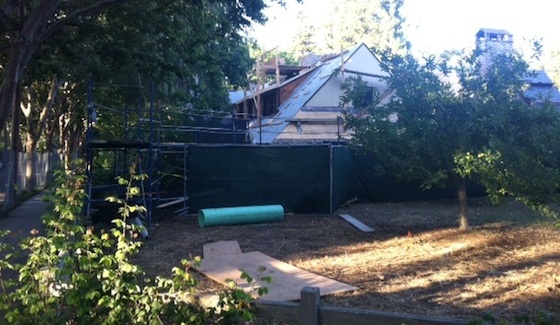 According to The San Jose Mercury News, Steve Jobs’ family home was burglarized and over $60,000 in property was stolen. This thief just messed with the wrong house…

According to the report:

More than $60,000 worth of “computers and personal items” were allegedly stolen, but Flattery declined to say whether they belonged to Jobs, who died last year at the age of 56, or another family member. […]

Details about the burglary at Jobs’ residence were scarce Monday. The crime was listed in the weekend report log released to the media, but police referred all questions about it to the district attorney’s office. Lt. Zach Perron said that was because charges had been filed.

The burglar had no idea he was lifting from the family home of the late Steve Jobs. This house has been under renovation for the past months and probably made it seem like an easy target for the suspect.

According to Santa Clara County Deputy District Attorney Tom Flattery, the crime was completely random and Jobs’ house was not a direct target. The suspect was just out for a night of breaking and entering.

I wonder if he just thought the family in the house were huge Apple fans. Any hackers ready to jailbreak this one?