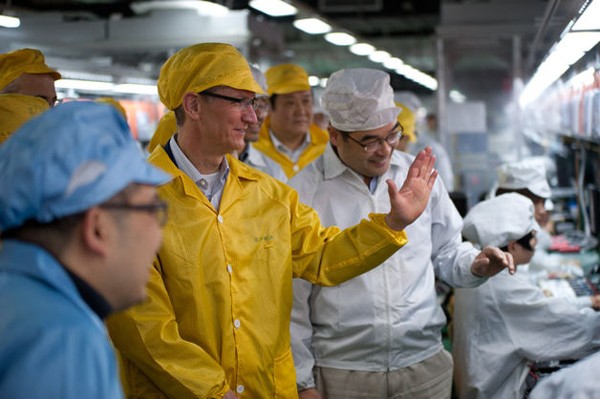 Earlier this the Fair Labor Association performed an audit into Foxconn working conditions, that revealed a plethora of labor violations including poor pay, unlawful working hours and a complete disregard for health and safety. After the audit Apple and Foxconn vowed to make major improvements to working conditions…

However, two months later, activists from labor watchdog SACOM (Students &Scholars Against Corporate Misbehavior) say that there is no evidence of any significant changes being made in any of Foxconn’s chinese factories.

SACOM has published several prominent reports over the last few years reguarding working conditions in Foxconn’s Chinese factories. Their most recent report comprised of over 170 interviews of Foxconn employees revealed that high production targets, inhumane treatment, and salary cuts are still a problem despite promises from Apple and Foxconn that they would be improved upon.

The front line management continue to impose humiliating disciplinary measures on workers. The above findings demonstrate that Apple and Foxconn have not turned over a new leaf.

According to Geoffrey Crothall of the China Labor Bulletin:

I haven’t seen any real evidence of any significant changes. At the moment they’re just tinkering around the edges and doing PR stunts … I don’t think there’s a short term fix to the situation at Foxconn. It’s too big, it’s too complicated.

If they can move towards a more democratic system where the workers have a voice in their pay and conditions … you’ll find a much more content workforce.

One of the worker’s from Foxconn’s Guanlan plant said:

The work pressure is still great. There hasn’t been much change. We are still being pushed very hard.

However Foxconn maintains that they are dedicated to making improvements to working conditions for their employees:

The welfare of our employees is without a doubt our top priority and we are working hard to give our more than one million employees in China a safe and positive working environment.

While Foxconn has made some improvements to base salaries for their employees, recent cuts have actually decreased the overall payout to their company.