[Rumor] The New iPhone 5 Will Be Built from Liquidmetal 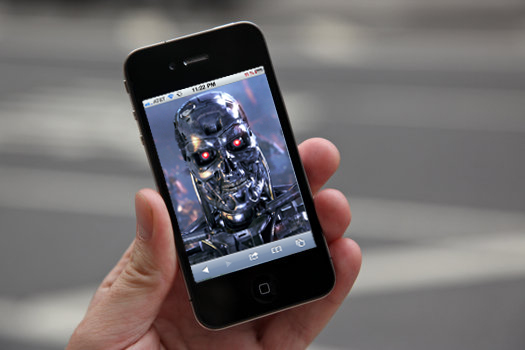 The iPhone 4s and iPhone 4 are quite possible the best smartphones on the market. But the ironic part is they are made up almost entirely out of glass. While this is sleek and stylish, it really doesn’t stand a chance against drops and dings. I’ve always wondered why you’d make a super phone out of the world’s most fragile materials.

Well according to rumors, the new iPhone or iPhone 5 will be made from a type of liquidmetal.

“Industry sources” for ETNews claim that Apple’s next generation iPhone will employ a different level of durability:

iPhone5 is likely to take liquid metal, an alloy of zirconium, titanium, nickel, copper and so forth having an outer surface smooth like liquid. The new iPhone is expected to make its debut at the Worldwide Developers Conference (WWDC) in San Francisco in June.

So we’ll basically have some futuristic Terminator phone right?

And yes, you did read that correctly…

They are also claiming that the new iPhone is making it’s debut at WWDC in June.

I have some trouble believing the WWDC rumor because Apple recently broke away from it’s June launches with the Fall release of the iPhone 4S. It wouldn’t make much sense to release a new iPhone in the coming months, when the iPhone 4S is STILL the best selling smartphone. Personally, I think they’d probably wait it out a little.