iPhone Outsells All Smartphones Combined at Sprint and AT&T 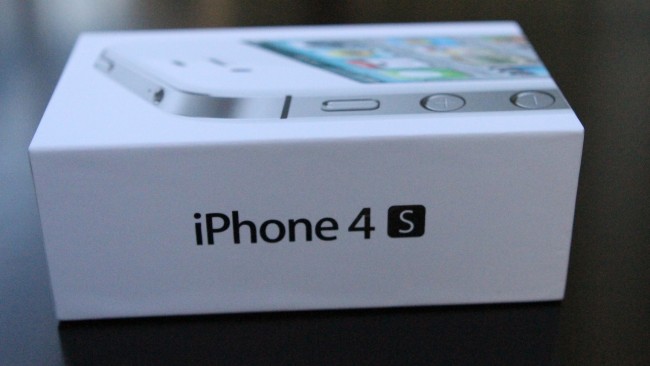 The iPhone has been taking the world by storm since it’s initial release in 2007. The growing number of users and App downloads have shown the iPhone to be a true contender in the smartphone game, and Apple isn’t backing down any time soon. The iPhone is such an amazing device and it comes as no surprise to me that it’s on top.

A report from Canaccord Genuity pointed out that the iPhone is the top selling smartphone across all of it’s US carriers. And now some other amazing statistics are coming from the analysis conducted by Canaccord Genuity. AllThingsD recently gave some additional insight stating that the iPhone has been outselling all other smartphones combined at AT&T and Sprint. Pretty awesome…

“Our March checks indicated the iPhone continues to extend its market share gains,” Canaccord Genuity analyst Mike Walkley writes in a note to clients today. “In fact, we believe iPhones are outselling all other smartphones combined at Sprint and AT&T and selling at roughly equal volume to all Android smartphones at Verizon.” 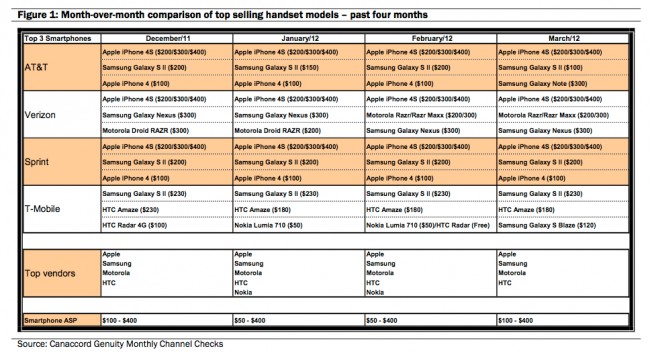 These are some pretty impressive numbers. But apparently, Samsung is catching up in the race to rule the smartphone world:

“Our global checks also indicated another quarter of strong market share gains for Samsung, particularly in Europe and Asia,” says Walkley. “In fact, we believe Samsung’s strong smartphone portfolio across all price tiers will result in Samsung’s smartphone shipments increasing a remarkable 15%-plus sequentially during the seasonally weak March quarter.”

So, who do you think will win the race? What’s that you ask?

Oh, of course I have my own opinion…

Apple only releases one phone a year. All these other smartphones are released by manufacturers almost in bulk numbers every year. So the fact that a few little iPhones can hold their screens up high in such a big race is pretty astonishing.

Many other smartphone manufacturers release several every year and still don’t seem to have a chance. Still, Apple continues to “wooo” the market with their incremental upgrades. Obviously Apple is doing something right.

Leave em’ with just enough to want more. As silly as it sounds, and as much as I HATE incremental upgrades, Apple’s business model is working out great.