[Rumor] Next MacBook Pros May Have Retina Displays 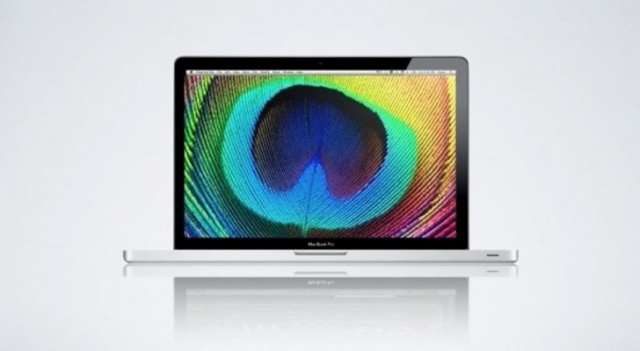 We told you recently about the new Ivy Bridge processors from Intel nearing release. The new processors are set to be announced on April 23rd and it looks like the are going to expand the MacBooks capabilities quite a bit. The new MacBook Pros are rumored to be MacBook Air-like with  second-gen Thunderbolt controllers.

There’s also been hints from Intel that the new MacBook line could indeed have Retina displays as well. This was first pointed out back about a month ago when lines of code in Mountain Lion’s Dev release pointed to Retina Displays. But now Intel is coming out saying that with the new Ivy Bridge processors, Retina displays are possible “if OEMs choose to use it.”

So since we all know of Apple’s love for the Retina, I think this is a likely move. But rumor has it, they would also be upgrading the battery to handle the powerful display and possibly even removing the optical drives. Personally I don’t like the MacBook Airs because of that last one…

MacBook Airs aren’t practical enough for power-users. Currently, I can’t utilize a MacBook Air because of it’s limited ability to upgrade and small storage amounts. I would hate to see the Pro line head in that direction.

I don’t think the world is entirely ready for computers without optical drives. But that’s Apple for ya, being on the forefront (or ahead) of technology. Either way we should expect to see some changes in the next model MacBooks and iMacs.

What do you think about the downgrade/upgrade situation?