[Rumor] Microsoft Office for iOS Set To Release In November 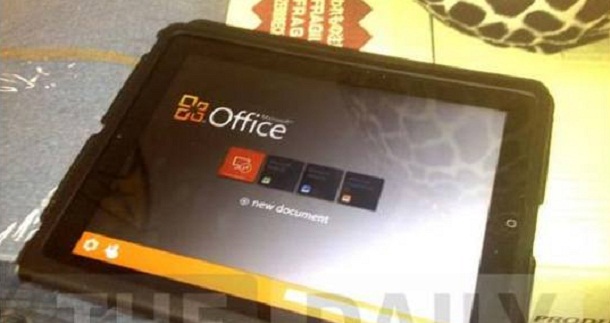 The original rumor from The Daily was shut down quickly by Microsoft stating, “The Daily story is based on inaccurate rumors and speculation. We have no further comment.” But now BGR weighed in with another report on Microsoft’s future plans with iOS.

BGR has learned from a reliable source that Microsoft is currently planning to release the company’s full Office suite for not only Apple’s iPad, but for Android tablets as well. The company is targeting November of this year for both launches.

It is also plausible that Microsoft Office will be coming to the iPhone and iPod touch rather than only the iPad, as we’re told the loading screen in the app clearly said “Office for iOS” and not just iPad.

So could it be possible that Microsoft is also awaiting the release of the new iPhone? Since the loading screen”clearly said” Office for iOS, maybe they are planning on making use of the rumored 4-inch screen the new iPhone may have.

There’s also the possibility Microsoft could take advantage of yet-to-be-known features in iOS 6, which is expected to be announced at WWDC 2012 in a few weeks.