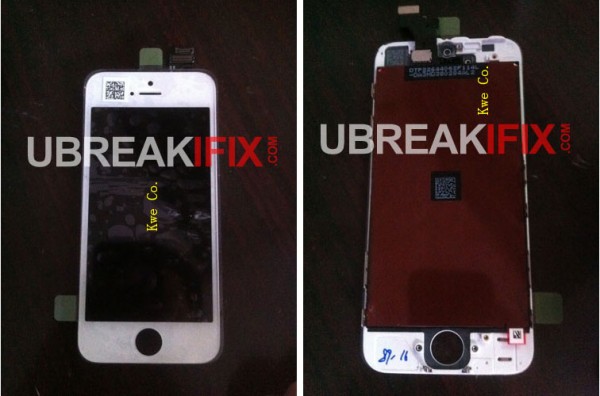 By now, you’re probably just about as tired as seeing “leaked” as I am writing about it. But another new photo of the next-generation iPhone has surfaced. This time we get a good look at the LCD…

The new picture from UBreakiFix shows the front and back of the front glass and LCD panel for the iPhone 5. The whole thing looks like it could be legitimate but it does kill one rumor.

At first glance it looks like the front glass and LCD are two pieces which would lead me to believe that the in-cell displays are out the window. The in-cell technology would combine the digitizer and the display and just by looking at the photo, it doesn’t seem to be that way.

I could be wrong though.

The new iPhone is set to be released in September.