[Rumor] iPhoto ’12 for Mac Launching this Summer with iOS Features 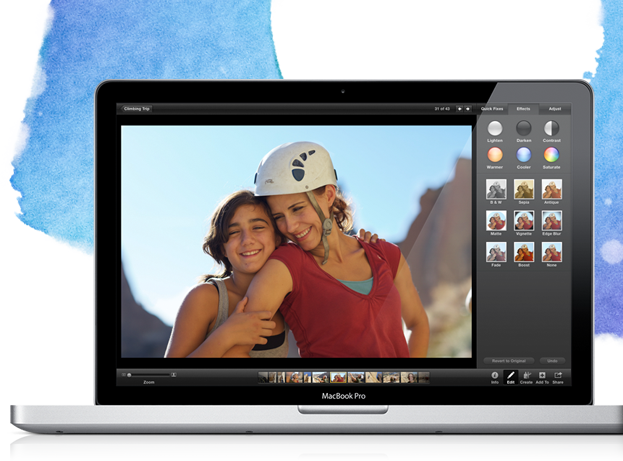 iPhoto for iPad recently launched on March 7th at the announcement for the new iPad. Personally I think iPhoto is a great usable app and I find it much more conveniently to use then even Adobe’s Photoshop Touch.

It looks like Apple is planning on extending that functionality to OS X. Rumored to release this summer, iPhoto will incorporate many of the features we’ve grown to love in iPhoto for iPad/iPhone…

Reports of this new release come from Dutch website, Apple Weetjes. The release would also have massive iCloud integration replacing the current MobileMe gallery features, which Apple does seem to be moving away from. You can bet on iCloud integration in everything Apple releases for the next long while.

The website source doesn’t have the biggest or longest track record with Apple rumors, but nothing here is completely far-fetched. Apple has been consistently integrating iOS features into newer versions of OS X, and will continue to do so until it’s a seamless experience.

Furthermore, we really haven’t seen an update for iPhoto since 2010 in the iLife ’11 suite with GarageBand and iMovie, so it’s no surprise that Apple wants to revamp it. Especially since iPhoto for iOS sold over a million downloads at $4.99 a piece when it was released earlier last month.

iPhoto ’12 is expected (according to rumors) to release this summer for OS X 10.7 Lion or OS X 10.8 Mountain Lion, but with no compatibility for OS X 10.6 Snow Leopard. Honestly as much as that sucks, it makes sense… Snow Leopard doesn’t have iCloud integration. Though it’d be great to see Apple release an iCloud app to sync data with, but then you’d never upgrade right?