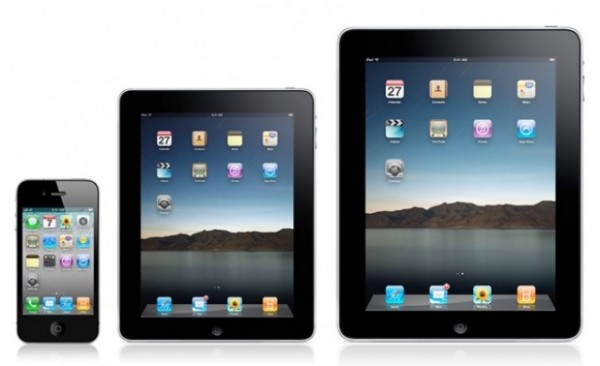 Reports are in from “various analystis” that the rumored 7.85-inch iPad Mini will now have the IGZO display’s we’ve recently heard about. They are also expected to cost only $249…

There will be a low-end model and a high-end, with a top price tag of $299. Really these are just rumors until we see a product, but at least they’re consistent. This isn’t the first time we’ve heard about pricing like this. And it’s also no surprise they would use IGZO displays from Sharp. Recent rumored suggested that Apple was going to launch a reiteration of the new iPad with Sharp’s displays, but I think this is what that rumor may have mistakenly point to.

Also with the launch of Google’s Nexus 7 tablet as we discussed on our Podcast, Apple has a reason to compete in the market share for “e-reader sized” tablets. Amazon’s Kindle Fire hasn’t really been any competition, but if Google’s Nexus 7 does well Apple may jump in the game.

Sharp has also recently partnered up with Foxconn, and it seems like all the pieces are slowly fitting together. Even if Apple doesn’t use IGZO displays for the iPad Mini (if one even exists), we know Apple more than likely has plans to work with Sharp in the near future. Maybe October will bring more than just a new iPhone…

Would you buy an iPad Mini?

Source: MyDrivers via Cult of Mac