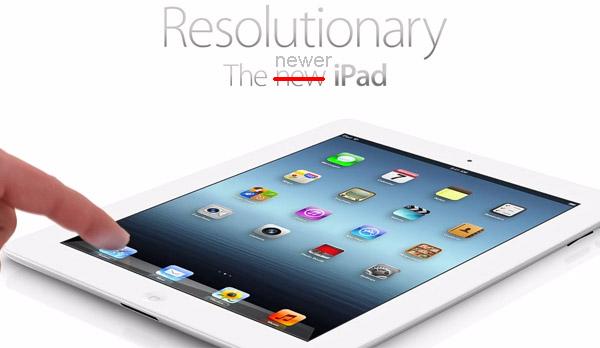 Disclaimer: This rumor is about as wacky and out there as it gets. So screw a grain, take this with an entire bag of salt. Even worse it comes Digitimes which for the most part has about as much credibility as we would telling you Android rumors…

After long streaks of erroneous predictions and rumors, Digitimes is back with one that completely blows my mind. Though it sounds completely farfetched, it’s an interesting theory to present and I wanna know what you think about it.

Apple launched the new iPad with a “resolutionary” Retina display and 4G LTE, but some sacrifices were made. It had to be a tad thicker and heavier than its predecessor. Apple was reportedly depending on Sharp’s IGZO technology but that fell through when Sharp couldn’t produce displays that were up to Apple’s standards.

The massive battery is the culprit for the size/weight increase between the new iPad and the iPad 2. If Apple were to have used Sharp’s displays they require much less power than the current displays in the new iPad, hence lowering the battery capacity and having the ability to shrink it a tad in size.

Short story, Sharp couldn’t meet the standards or deadlines so Apple took their iPad display business elsewhere. Due to this falling-out, Apple was forced to make design compromises and the new iPad was born a bit thicker and heavier.

Apple Daily and Digitimes are now reporting that Sharp is back and ready to deliver the goods. If true, it would mean Apple could finally release the iPad they intended on originally coming out with in March.

That all sounds like roses and daises but I highly HIGHLY doubt Apple would straight switch models in the middle of a generation. First off, it would piss off consumers. I know I’d be mad if Apple release a new iPad that was thiner, lighter, and better, 3-4 months after I purchased one.

Secondly, Apple would be much better off introducing the new displays on next year’s iPad release. There would be much more of a “wow” factor with another marginal refresh like that. They could and would certainly exploit the heck out of a new iPad that was exactly the same but 25% thinner with a Retina display… Ring any bells? Ah yes the Retina MacBook Pro.

In an alternate scenario, Apple could quietly push out the new model iPads without saying a word as they did with the iPad 2, updating its battery performance post new iPad release. No one ever knew that happened until it was pointed out.

Overall the rumor seems silly, but I like silly. It’s interesting to ponder the possible outcomes of a situation like this.

What do you think would happen if Apple did this?

Source: Digitimes via Cult of Mac