DisplayMate CEO Says The New iPad was ‘Plan B’ 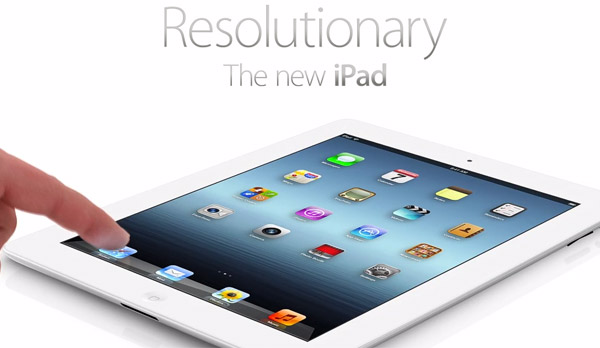 CNET has a new report out this week that has some interesting iPad commentary from DisplayMate’s CEO Raymond Soneira. Raymond is no stranger to adding his knowledgeable opinions to different Apple related rumors, but this one’s a bit intriguing.

Apparently the new iPad was Plan B…

According to Soneira, the new iPad was actually the Cupertino-giant’s “Plan B”. Apparently Soneira told CNET Apple has bigger plans in store for their third generation tablet, but was unable to pull it together by their deadline simply because the technology just wasn’t readily available.

“The plan was to use this new technology called IGZO from Sharp — a lot higher electron mobility that allows them to make the transistors a lot smaller and the circuit elements a lot smaller,” he [Soneira] said. In short, smaller transistors and circuit elements allow more light through and reduce the number of backlights needed, resulting in a thinner display assembly.

There was one problem, though. Sharp didn’t have its IGZO display tech ready in time. So, Apple had to fall back on more conventional amorphous silicon technology.

“There’s no question that the iPad 3 is Plan B. They pushed amorphous silicon to a higher [pixels per inch] than anybody else. but the light throughput is not good. So it has roughly twice as many LEDs, and they had to get a a 70 percent larger battery,” Soneira said, referring to today’s third-generation iPad.

We heard rumors prior to the new iPad’s release that Apple was working with Sharp’s IGZO displays and that never actually materialized. So this report actually falls in line with prior rumors and makes a bit of sense to me.

Apple’s original intentions were to make the iPad thinner and more powerful, but were limited only by the availability of technology.