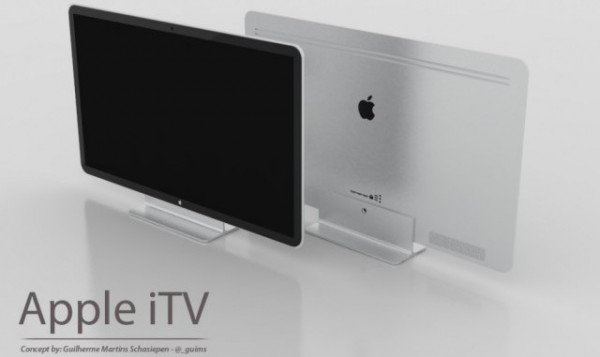 A new report (or rumor depending on how you look at it) is out stating that Apple is already in “full production” on the rumored “iTV.” According to one analyst, the TV will sell for a reasonable price…

Jeffries & Co. analyst Peter Misek claims that Apple is already in production on the new television set. Misek has been piecing together clues from Apple’s supply chain in Asia:

We believe the iTV is in full production. Recent data out of Sharp, Hon Hai, and other specialty chemical and TV component suppliers support this. Also, JDSU noted that they have a new non-gaming customer for its gesture control modules. They indicated this is a new “living room” based customer. We believe Apple will leverage AT&T’s and Verizon’s content deals for the iTV. Additionally, the WSJ’s sources indicate Apple may also consider a set-top box version for the cable operators.

Misek also predicts the HDTV will sell for around $1,250. Though he says Apple may have pushed back the launch into 2013:

We expect either the iPad Mini to launch in CQ4 with the iTV either launching in CQ4 or CQ1.

Microsoft’s Surface tablets, the initial success of Google’s Nexus 7, and Amazon’s upcoming product launches could be affecting Apple’s launch schedule. These represent stiff competition vs. a likely lack of viable competition for the iTV over the next year. […]

There is also the possibility that Apple chooses to launch both products before year end. The iTV would then be in time for the Christmas selling season, but that would mean Apple having three huge product launches in a short timeframe and leave little for CY13 outside of the typical iPhone and iPad refresh.

Could Apple really make an HDTV happen for that price? Seems a little low to me. That or the current price of their $999 Thunderbolt display seems a bit high. Apple has always had semi-overpriced products but the quality really shines through the hit your checkbook takes.

I’m not sure if Apple will release an HDTV but I think it’s totally possible as long as they make a solid impact on the TV market.