Recently Unlocked your iPhone? T-Mobile Wants to Save You Money! 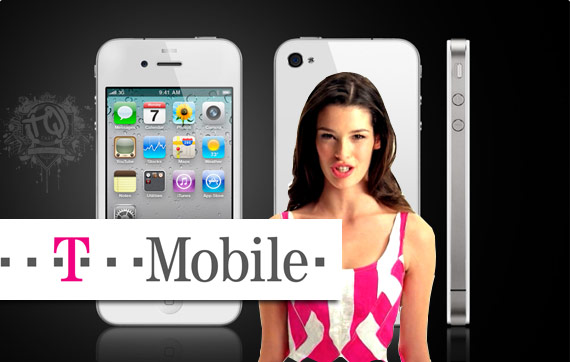 Since AT&T started unlocking iPhones this Sunday, the doors are now open for eligible customers to freely move to new carriers. If you’ve recently unlocked your iPhone but aren’t really sure what to do with this new found perk, you may be able to save yourself some cash.

With that said, it looks like T-Mobile is taking full advantage of people possibly leaving AT&T with an unlocked iPhone.

In a  recent statement to 9to5mac, a T-Mobile spokesperson said,

“Today we have more than one million unlocked iPhones running on our network. T-Mobile currently offers microSIMs for customers who already have a GSM phone they want to use on the T-Mobile network, including an iPhone. In order to set up an unlocked iPhone on T-Mobile’s network, customers simply need to purchase a microSIM card and select a T-Mobile Value plan that suits their needs.

T-Mobile’s Value plans enable customers who bring their own smartphone, such as the iPhone, to save money. For example, T-Mobile’s Value family plan with unlimited talk, unlimited text and unlimited data with 2 GB of high-speed data is just $49.99 per line for two lines.

In addition, we will continue to deliver more value to customers as we expand and modernize our 4G network. Beginning this year, we will introduce HSPA+ service in our 1900 MHz PCS spectrum. When we do, our 4G network will be compatible with a broader range of devices, including the iPhone.”

Not too shabby. So if your tired of being throttled by AT&T and stuck on a limited 3G data plan, T-Mobile may be the way to go. But it’s also important to note that T-Mobile still doesn’t officially have the iPhone yet and it’s still unknown whether or not they’ll get the new iPhone when it’s released later this year.

So if you plan on upgrading to the new iPhone, I’d stay put and contract free for now. At least until we get word on confirmed carriers for the rumored 4G LTE iPhone.