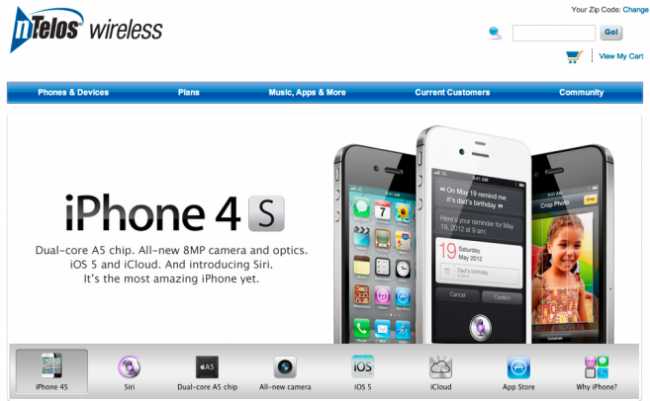 Earlier we told you that Alaska Communications was joining the iPhone party. Now it looks like Regional carrier nTelos who offers coverage in North Carolina, Virgina, Kentucky, Ohio, and parts of Maryland, announced today that they’ll be carrying the iPhone 4s and iPhone 4 on their network with roaming coverage on Sprint and Verizon’s CDMA networks.

nTelos customers can pre-order their new iPhone’s now with a $50 discount compared to the larger carriers and recieve their new handset on April 20th.

“As a wireless service provider well-known for delivering the best value in wireless, we’re pleased to offer the amazing new iPhone 4S to our customers,” said Jim Hyde, president and CEO for nTelos Wireless. “iPhone 4S offers an abundance of new features, and with our industry-leading, nationwide smartphone plans, customers can now enjoy the nation’s best networks for less.”

Customers will be able to select between two different coverage plans. 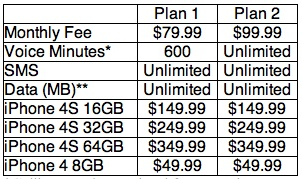 nTelos retail stores will open at 7a.m. on April 20th. Customers can select between the two pay plans above or there is a family plan option that starts at $134.