New iPad Already Accounts For 6.6% Of All iPads Accessing The Internet 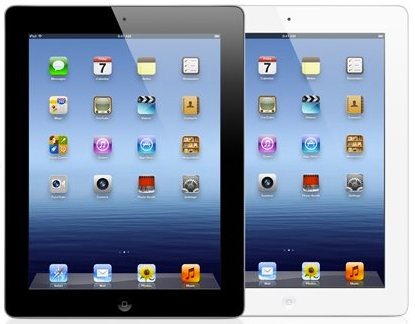 The new iPad has been breaking sales records and exceeding expectations since it’s release on March 16. Last week we reported that in the first 3 days of availability Apple sold an astonishing 3 million new iPads.

Recently mobile ad network Chitika released a report that the new iPad already accounts for 6.6% of all Apple tablets accessing the internet. That is a pretty unbelievable figure when you take into account that Apple’s newest tablet was made available to the public just 10 days ago.

According to the results, peak usage times of the new iPad is between 6 a.m. and 9 a.m. UTC, 2 a.m. and 5 a.m. EDT, and 10 p.m. and 12 a.m. PST. Nevada has the highest concentration of new iPad’s with 7.2% followed by California, Connecticut, and Washington with 6.9, 6.7, and 6.6 percent respectively. Arkansas is at the bottom of the list with a 4 percent share while 17 states didn’t have a sample size large enough to have an accurate reading.

The new iPad’s traffic share fluctuated from a reported 5 percent on the day of it’s launch to a high last Tuesday of 9.9 percent.

While Chitika insights shouldn’t be mistaken for official iPad adoption rates, the report does give a pretty clear indication that Apple’s latest tablet is shaping up to be a massive hit.

How long do you think it will be until the new iPad is the Apple tablet most used to access the internet?

Hey peeps don’t forget that we’re giving away a shiny new 16 GB white iPad to one of our lucky fans in just 6 days! We will be announcing the winner on our podcast “The A Word” this Sunday.  Click here for details on how you can enter to win!