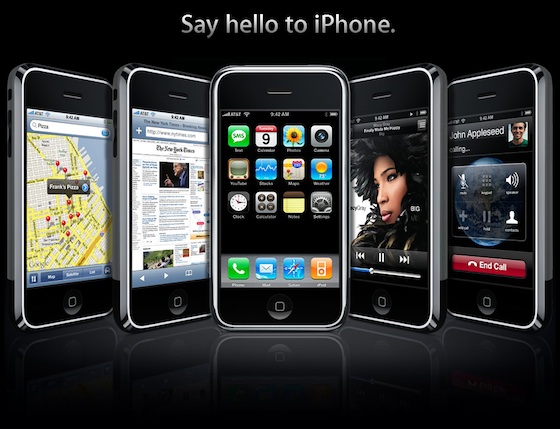 Yesterday, Jony Ive took the stage at the UK Trade & Investment department’s Global Business Summit on Creative Services talking about Apple’s design work and focus. At the event Jony briefly spoke on the iPhone’s history. According to Jony, Apple almost scrapped the iPhone…

The Telegraph recently reported on Ive’s appearance at the summit noting a discussion on how Apple almost shelved the iPhone due to certain issues.

“We nearly shelved the phone because we thought there were fundamental problems that we can’t solve. With the early prototypes, I held the phone to my ear and my ear [would] dial the number,” he said. “You have to detect all sorts of ear-shapes and chin shapes, skin colour and hairdo…that was one of just many examples where we really thought, perhaps this isn’t going to work.”

What would the world be like with the iPhone? Pretty scary to think about in my opinion. They were going to scrap the iPhone over a dialer issue. That would have been a huge mistake!

Apple designed so many prototypes, possible in part to solve this dialer issue. It’s interesting to know that they almost gave up on what’s by far their most popular product to date.

Source: The Telegraph via MacRumors