JC Penny Snags Another Retail Exec Away From Apple 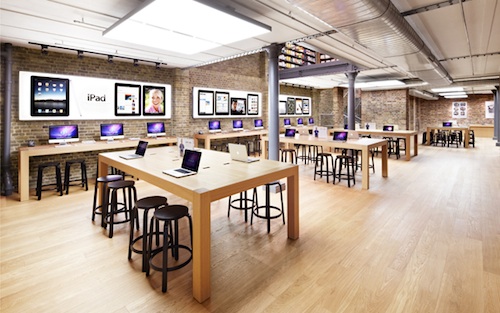 Back in November of last year JC Penny convinced Apple retail genius Ron Johnson to leave the Cupertino-based company and take the helm as JC Penny’s new CEO. Well it seems that JC Penny just can’t get enough of Apple’s talent as they have lured another one of Apple’s high level execs away to come work for the department store giant…

The news was announced yesterday in a press release by JC Penny:

“Ben is an incredibly creative professional with extraordinary leadership skills. Having worked with him over the last 12 years, I am delighted to see Ben step into this new role at jcp,” said Johnson. “His design influence has made the Apple stores highly regarded retail destinations around the world, and I am excited to have Ben place his own mark on jcp as we re-imagine the jcpenney store of the future.”

Before his time at Apple Fay worked with Gensler, an architectural firm hired by Apple to work on their retail stores. Ron Johnson was replaced by former Dixons CEO John Browett who was hired back in early February to be Apple’s new VP of retail. Browett definitely has his work cut out for him as he is now in charge of the retail experience for one of the most iconic brands on the planet.