iPad Owners Are Spending $70,000 a Day in Newsstand 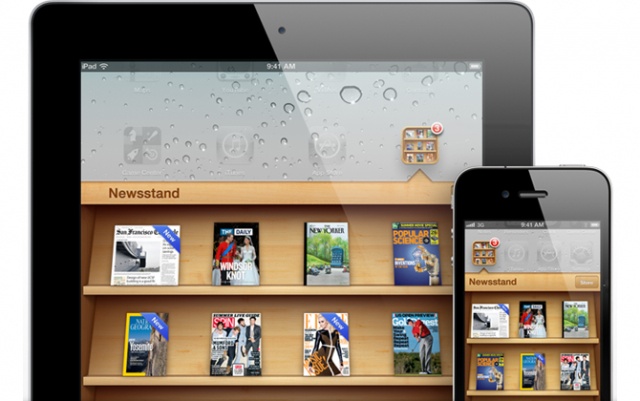 Newsstand is a fairly new addition to iOS. This new app/folder was implemented in iOS 5 when it was released back in October 2011. For me personally I never had much use for Newsstand. The iOS only feature allows users to subscribe to different magazines and newspapers right from the convert of your iPad / iPhone. This is a native feature across all devices for iOS 5, but I found it even more useless for an iPhone / iPod. Those devices are just too small for me to enjoy reading anything on.

But even in it’s six month infancy, Newsstand is doing pretty well…

A new report published states that iOS users are spending upwards of $70,000 per day for content in Newsstand. That’s a whole lot of content!

These users are buying subscriptions to content from The New York Times, The New Yorker, and The Daily, and more. And most of the moeny is being made through in app purchases. Go figure right?

Distimo said that news apps account for 7% of the top 200 grossing apps for the iPad. That may seem like a lot but as Cult of Mac points out, $70,000 isn’t going to save the publishing industry. It’s not much now, but it’s a good start considering Newsstand has only been out since October 2011.

Do you use Newsstand?

If you don’t have an iPad to use Newsstand on, we’re giving one away!