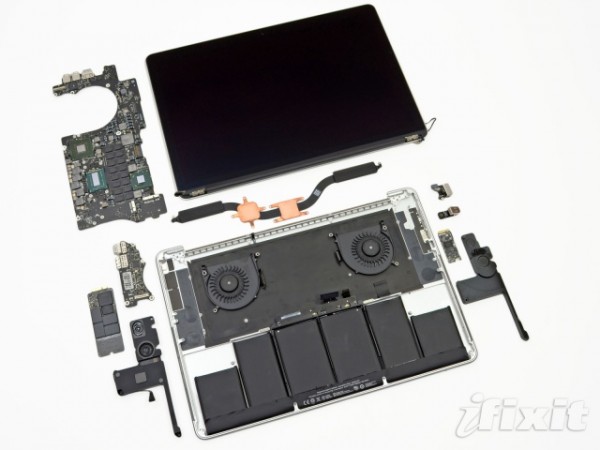 iFixit is a highly popular do-it-yourself repair site for Apple products. They’re also popular for tearing down Apple products. Guess what? They did it with the new MacBook Pro with Retina, and the results were a little sad…

The new MacBook Pro with Retina Display is certainly an amazing piece of technology. Everything about it screams innovation. Well except the ability to be repaired. iFixit describes the new MacBook Pro as, “the least repairable laptop” in their official teardown of Cupertino’s latest lovechild.

Processors have always been impossible to self-repair, so no surprise there. One thing that may come as a shocker to some is the inability to upgrade the RAM yourself, or even the storage space. Just like in the MacBook Air most all of the internal parts are either soldered to the Logic board or glued in. Kind of a bummer right?

If you’re going to spring for the new MacBook Pro with Retina, you might just wanna get the top-of-the-line model, because once you buy it, Apple won’t even upgrade it for you. Everything is set in stone once it leaves the shelf.

Here are some good points iFixit brings up:

Are you saddened by this information? I kind of figured this would be the case in this new MacBook. If you’re looking to purchase one, you might want to save up a bit and get the model you won’t have to upgrade for a while. And if you’re planning on buying one, make sure you get the extended Apple Care. If not, a repair could be very costly for you down the road. In my opinion, get the best one or don’t bother.