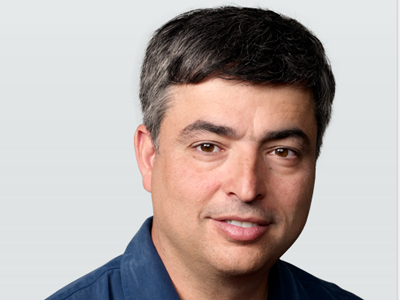 The United States Department Of Justice Recently filed an antitrust lawsuit against Apple claiming that the Cupertino-based company and 5 other major publishers were involved in a scheme to fix the prices of e-books sold on the ibookstore. According to the Wall Street Journal Apple’s Vice President of iCloud Eddie Cue says that the (DoJ) is lost in the intricacies in the agency model exercised on the iBookstore.

I don’t think you understand. We can’t treat newspapers or magazines any differently than we treat FarmVille.

While Amazon has dictated the prices of e-books for years Apple has opted to allow authors to set their own prices of their material to be sold on the iBookstsore with Apple taking it’s standard 30 percent cut.

Apple has employed the same system over on iTunes for years with no interference from the government but for some reason the (DoJ) feels that using the same system for the sale of e-books is somehow a conspiracy and warrants an anti-trust lawsuit. My guess is that someone or a group of someone’s stands to lose out on a lot of money and have decided to use their power of influence inside the( DoJ) to conjure up a lawsuit.

Publishers Hachette SA, HarperCollins, Macmillen, Penguin, and Simon and Schuster along with Apple have all been charged with violating anti-trust laws. While the other publishing companies have decided to settle to avoid the lengthy and costly trial process Macmillin and Apple have decided to fight the case.

Last week we reported that legal expert Geoffrey Manne believe that the U.S. Department of Justice is going to have a difficult time convicting Apple of violating anti-trust laws due to their absence at a supposed incriminating meeting between the five major publishers where they were said to be discussing e-book price fixing.

“It’s a harder case against Apple than the publishers,” says Geoffrey Manne, who teaches antitrust law at the Lewis and Clark Law School in Oregon and runs the International Center for Law Economics. (See CNET’s list of related articles and an explanation of eBook economics)”

One reason lies in the Justice Department’s 36-page complaint, which recounts how publishers met over breakfast in a London hotel and dinners at Manhattan’s posh Picholine restaurant, which boasts a “Best of Award of Excellence” from Wine Spectator magazine. The key point is that Apple wasn’t present.”

What’s your take? Should Apple be sued for implementing a business practice on the iBookstore that they have been using on iTunes for years?