Foxconn Empoyees Set To Get Wage Increases Starting In July 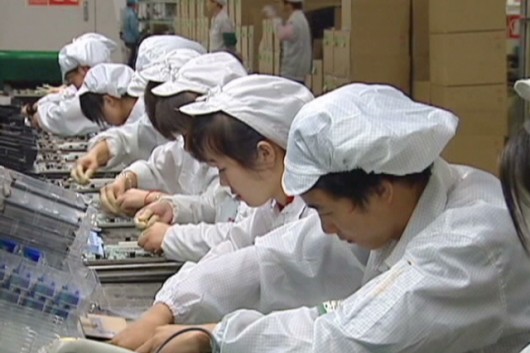 A new report has surfaced citing founder and CEO of Foxconn Terry Gou confirming that the world’s largest contact manufacturer has definite plans in place to increase the salaries of it’s workers starting in July. The decision conveniently comes on the heels of Apple CEO Tim Cook’s recent visit to China.

According to a report earlier today by the Tapei Times, CEO Terry Gou says that the new wage increases will go into effect starting in July after the current review.

Hon Hai chairman Terry Gou said in a TV interview on Wednesday that his company is reviewing pay scales for its employees in Taiwan as the public is faced with a rising cost of living since the government removed a mechanism to partially freeze domestic fuel prices. The government is also likely to raise electricity prices after the latest increase in fuel prices, which became effective on Monday.

The new policy is also a sign of Apple’s increasing influence over Foxconn. There is also a rumor swirling around that Apple is planning to invest $9.76 billion into Foxconn wich would give them a 20 percent stake in the manufacturer.

It is estimated that Foxconn employs over a million people and is the world’s largest manufacturer of electronic components.The ripple effect of Foxconn improving working conditions for their employees should be quite large as it will force other Taiwanese manufacturing companies in China to follow suit, or risk losing employees to Foxconn.

This is a huge step in the right direction towards improving working conditions across the Asian supply and manufacturing chain.

And in the end isn’t that all that really matters?