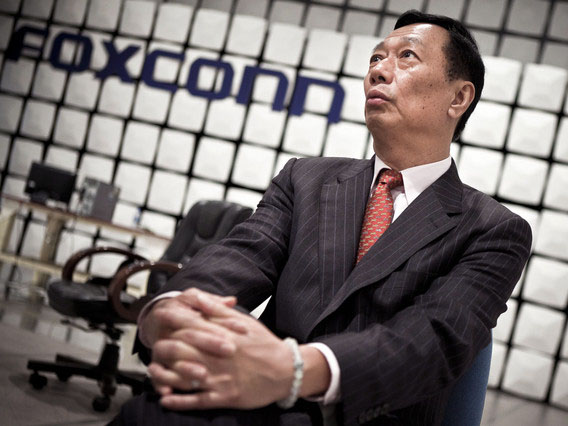 Several reports are stating that Terry Gou, Foxconn’s CEO made some pretty drastic statements at Hon Hai Precision’s shareholder meeting on Monday. Though the statement was translated, the consensus here is that Gou informed consumers that Apple’s new iPhone will blow the Galaxy S III out of the water. Specifically that the new iPhone will put Samsung’s Galaxy III to shame…

Gou said he has made it a lifetime goal to defeat Samsung — “a company with a track record of snitching on its competitors.”… He was referring to Samsung’s action in 2010 of snitching on four Taiwanese companies in an investigation by the European Commission on price-fixing in the flat panel industry…Samsung was exempted from the investigation by serving as a “tainted witness.” … Gou also urged consumers to wait for the launch of Apple’s iPhone 5, saying that the new model will put Samsung’s Galaxy III to shame.

Gou also stated that Foxconn “has an exclusive agreement with Corning Inc., an American manufacturer of glass, on large panel supply,” “and that competitors will not be able to secure any such material if they wished to.” Pretty bold stuff there Terry.

There’s no confirmation as of yet on the validity of these statements or translations. We’ll be sure to keep you posted as we hear the latest. But honestly, did anyone ever doubt that Apple would one-up Samsung…