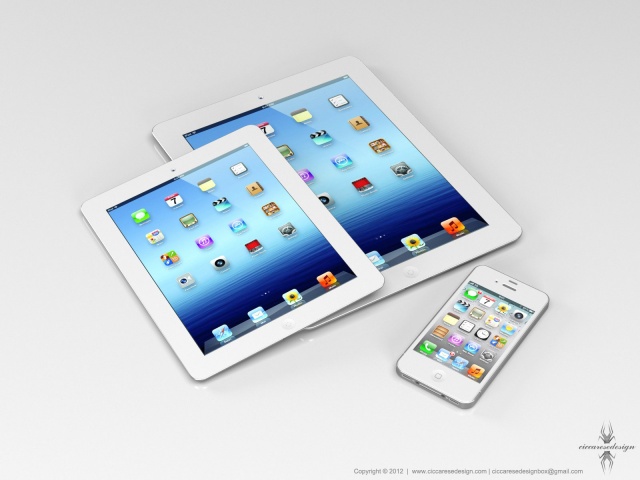 There’s been a lot of talk recently about an iPad Mini. While we don’t ACTUALLY know if such a product is going to materialize, it’s been noted that Apple has been “noodling” with the idea. This is a concept of what this mini iPad would look like.

Check out more inside… 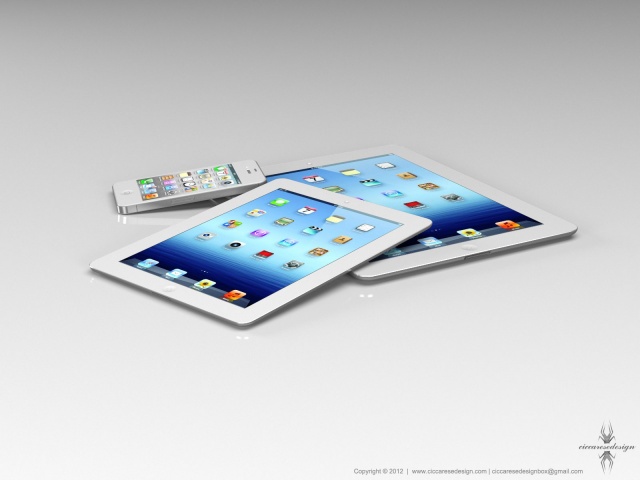 Personally, I wouldn’t have use for a smaller iPad. but I can see the value it would have to the tablet world. Giving Kindle’s and crappy Android tablets a run for their money would be a great move. Currently Apple sits in the “high-end” tablet market. Something small like this would definitely kill the competition and probably cause a bunch of lawsuits, but Apple’s used to that.

These concept photos come from Italian design house Ciccarese Design. They’ve been known for some pretty awesome renderings of concept Apple products in the past. But this one may as well be actual product shots, they’re so clean. 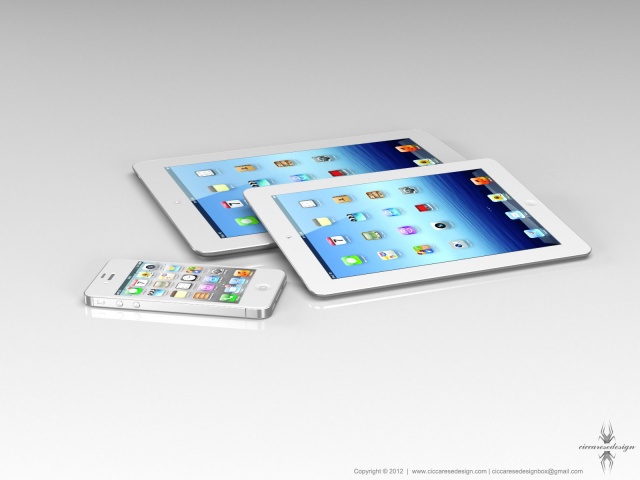 But until Tim Cook announces the iPad Jr, you’ll have to fantasize over these concept photos.

Would you rather have an iPad “Mini”?