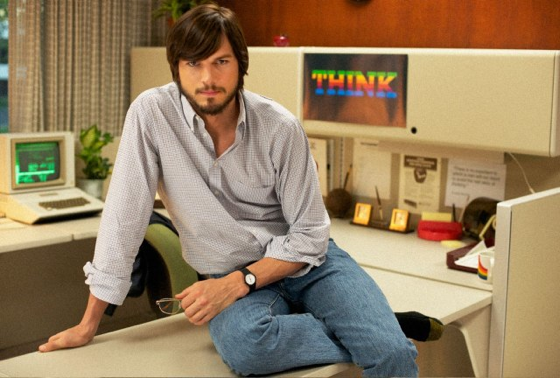 Remember the Steve Jobs movie that everyone was talking about a while back? There was actually two different movies, but I’m talking about the one with Ashton Kutcher playing Jobs. The indie new film is finally nearing its release at the Sundance Film Festival and the first official press photo has hit the Web.

Wow. That photo does look a lot like a different photo of Steve Jobs. I highly recommend clicking this link to see the resemblance. It’s pretty creepy. Aside from that, the Sundance Film Festival will be held on January 17th through 27th and jOBS (the name of the movie) will make its debut.

Sundance‘s description of the new movie:

I’m very interested to see what Ashton does with this role.