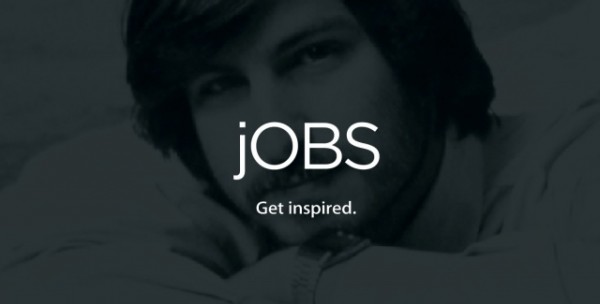 Let the battle of the Jobs films begin. Ashton Kutcher recently signed on to play Jobs in the upcoming film, “jOBS: Get Inspired.” Just weeks later it was confirmed that Sony was putting together a Steve Jobs biopic of their own. But Which film will reign supreme?

Kutcher’s film is now reportedly shooting scenes in the original Apple garage where Jobs grew up!

We’ve seen pictures recently of Ashton dressed up in a fancy turtleneck shirt prepping for his part as Jobs. The turtleneck is an iconic part of Steve Jobs, but not half as iconic as the house that started it all. Reports are in that the indie film has actually acquired rights to shoot several scenes in the original Los Altos home where Steve Jobs grew up and co-founded Apple with Steve Wozniak. But will iconic scene’s like this help this small budget film take off?

Titled jOBS, the biopic stars Ashton Kutcher as the iconic Silicon Valley visionary, and will shed new light on Steve Jobs’ most defining and personal moments, motivations, and the people that drove him. The film covers Jobs from his early years as an impressionable youth and wayward hippie, through his initial successes and infamous ousting, to his storybook return and ultimate triumphs as a man who set out to change the world and did just that.

Executive producer Mark Hulme and Five Star Feature Films launched the production immediately following Jobs’ retirement in August 2011. Screenwriter Matt Whiteley, while penning the script, utilized a team of expert researchers based on months of exhaustive research and interviews with Steve Jobs’ friends, colleagues, and mentors to develop the most truthful and gripping picture of Jobs’ life.

jOBS chronicles the 30 most defining years of Steve Jobs’ life, as seen through his, colleagues’, and friends’ eyes. Dark, honest, and uncompromising, jOBS plunges into the depths of his character, creating an intense dialogue-driven story that is as much a sweeping epic as it is an immensely personal portrait of Steve Jobs’ life.

My question is, does the garage even look the same? Are they filming scenes there simply because of the nostalgic atmosphere? You’d think that one could probably build a more authentic looking set. But if I knew my house was the former “Jobs” residence, I wouldn’t change a thing! But I’m also an Apple nerd.

What do you think? Check out the film’s website for more information.