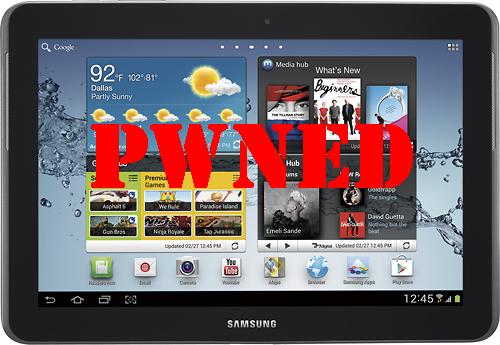 In your face Samsung. Yesterday Judge Lucy Koh gave Apple an injunction against Samsung, preventing the sale of the Galaxy Tab 10.1 in the US. Now we can finally put one Apple/Samsung patent war to bed…

Judge Koh’s ruling decision to stop Samsung is a big win for Apple. This battle has been going on for quite some time now and it’s good to see it rule in favor of Apple. The case was brought to life by claims against Samsung using Apple patents in their Galaxy Tablet.

The new court order goes into effect when Apple posts a bond of $2.6 million. This money would go to Samsung in the event the injunction was later proven wrong. Samsung’s patent battle against Apple may “be great for business,” but not if your business sales are banned…

Source: Reuters via Cult of Mac