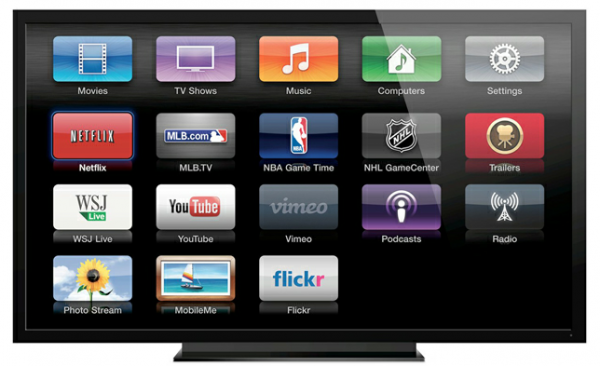 We’ve heard so many different rumors surrounding an Apple TV set. First it’s in production, then it doesn’t exist. But thanks to Eddie Cue, we finally have our answer…

Fortune did us all the favor by posting a short except from the note explaining Apple’s plans for a TV set:

Relative to the television market, Eddy Cue, Apple SVP of Internet Software and Services, reiterated the company’s mantra that it will enter markets where it feels it can create great customer experiences and address key problems. The key problems in the television market are the poor quality of the user interface and the forced bundling of pay TV content, in our view. While Apple could almost certainly create a better user interface, Mr. Cue’s commentary suggested that this would be an incomplete solution from Apple’s perspective unless it could deliver content in a way that is different from the current multichannel pay TV model.

Unfortunately for Apple and for consumers, acquiring rights for traditional broadcast and cable network content outside of the current bundled model is virtually impossible because the content is owned by a relatively small group of companies that have little interest in alternative models for their most valuable content. The differences in regional broadcast content and the lack of scale internationally also create significant hurdles that do not seem possible to cross at this point.

So there you have it folks. No Apple HDTV. At least not in the near future. Apple wants to innovate, not just create another TV to compete in an already hefty market. I can still see Apple expanding the current Apple TV before then enter the television market. They already have recently by quietly adding Hulu.