Apple Speaks Up About The New iPad’s Heat Output 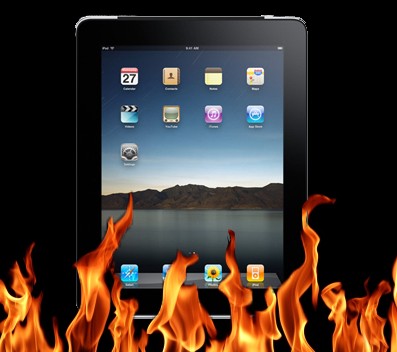 Over the fast few days there has been talk about a possible overheating issue with the new iPad. Even a thermal test showed that the new iPad was running about 10° hotter than the iPad 2. But does any of this really mean anything?

The new iPad does have some beefed up hardware and this doesn’t seem to be a widespread issue. Maybe it’s only the extreme gamers who take advantage of the new Quad-Core graphics processor. Or could it be those who browse the web all day with LTE?

Really the main reasoning for the iPad to be getting warm at all is because of it’s extra functionality. Apple apparently expected the new iPad to run hotter than it’s predecessors.

According to Apple, the new iPad functions “well within our thermal specification” and there is no problem. Could this be Antennagate all over again?

Here’s a full response from Apple:

“The new iPad delivers a stunning Retina display, A5X chip, support for 4G LTE plus 10 hours of battery life, all while operating well within our thermal specifications. If customers have any concerns they should contact AppleCare.”

So there you have it straight from the horses mouth. if you are having issues or believe your iPad is running too warm. Call AppleCare. I truly believe that if there is a problem with the new iPad or a health concern, Apple will address is immediately.

At least if you needed a replacement, there are still some left in stores.But I believe that most having this issue are those who had an iPad in the past or upgraded their recent iPad. It definitely runs a little warmer. But like I said, with all this beefed up hardware there’s going to be a slight change in temperature.

Is your new iPad getting hot?