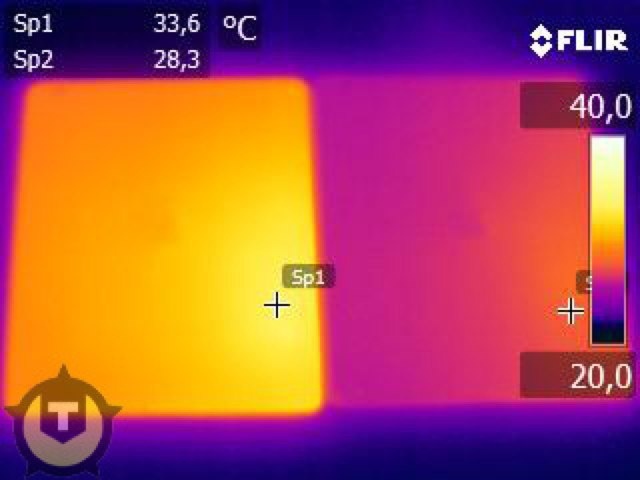 In the last few days since the new iPad was released, there has been much conversation about overheating issues. Users in the Apple Support forum have been reaching out for answers as to why their new iPad gets warm.

Since this issue has been brought up, a Dutch site Tweakers.net decided to do some thermal imaging tests on the new iPad in comparison with the iPad 2. Both ran the GLBenchmark test for five minutes to ensure they were up to optimal performace. Then the temperatures were gathered via an infrared camera.

The results we’re shocking but notable.

The hottest part of the new iPad reached 92.5° Fahrenheit in use, while the iPad 2 only reached 83° Fahrenheit.

Now 10° may seem like a big jump, but the new iPad does operate well within Apple’s specified operating temperatures, which are 32° to 95° Fahrenheit.

It’s said that the new A5X processor is the component here adding the extra heat. You have to take into consideration that Quad-Core graphics do come at a price. And honestly, playing awesome looking games is worth the extra 10° for me.

Is your iPad getting warm?