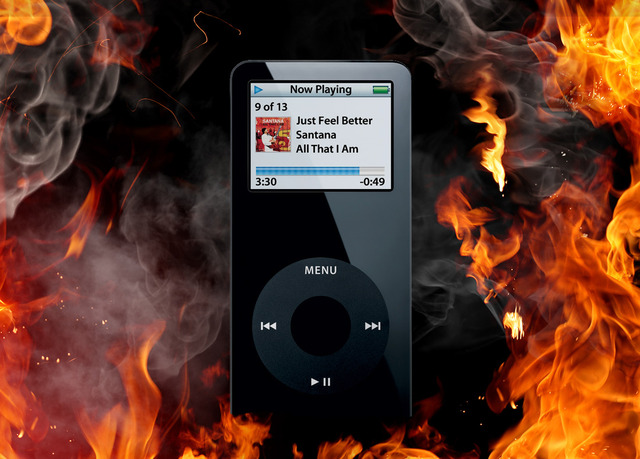 Japanese publication Nikkei has been ordered to pay a Tokyo couple ¥600,000 ($7,400 US) for medical fees and pain and suffering after their first generation iPod Nano caught fire. The couple originally purchased the device shortly after it’s release in September of 2005. In 2010 while charging the battery overheated causing the device to catch fire which in turn caused burns to the wife’s hands that took over a month to fully heal.The prosecutor in the case told Nikkei that the court rarely finds Apple at fault for cases like this in Japan, so the case must have been a slam dunk for the plaintiff.

The scary thing about this whole situation is that this isn’t the first time something like this has happened with a first generation iPod. The issue has been well documented and Apple even recalled the device back in 2009. That year Apple began a worldwide replacement program, which allowed owners of a first-gen iPod turn in their device for a new one. The program is still in effect right now so if you’re holding on to your first generation iPod you might want to think about taking it down to your local Apple store and picking up a brand new one, most likely you will receive a sixth generation device.