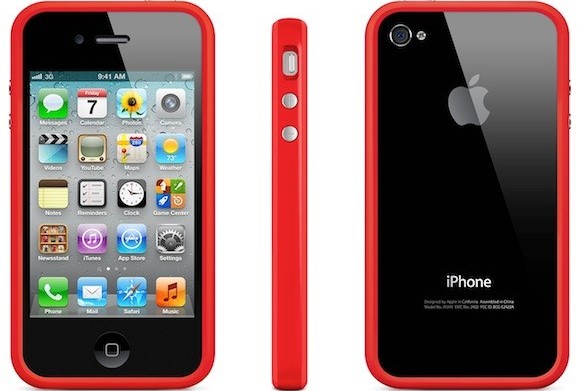 Just a month before Apple is rumored to launch the new iPhone, they release a brand new bumper for the iPhone 4S and 4. The new red bumper is (PRODUCT) RED certified joining the other six bumper colors currently available…

The current iPhone bumpers have been available since the iPhone 4 in June 2010, and it’s a little surprising that Apple would introduce a new one. You may remember these bumpers from the Antennagate issue that plagued the iPhone.

Apple has taken part in the  (PRODUCT) RED campaign combating AIDS and continuing research for years now. The new bumper will be used to raise more money for the (PRODUCT) RED charity which Apple has already supported with over $50 million over the years.

Apple has participated in the campaign with their red iPod nano, iPad Smart Covers, and Smart Cases. The addition of the red bumper shows their ongoing support for the campaign. The new bumper is available now in the Apple Store online and ships within 4-6 business days.

I think it’s great that Apple supports campaigns such as (PRODUCT) RED. AIDS awareness and research really hits home for me. My father lost his battle against AIDS in July 2003, so it’s great to know that Apple lends a helping hand (or checkbook) in the fight against it.

The new bumper is available for $29.