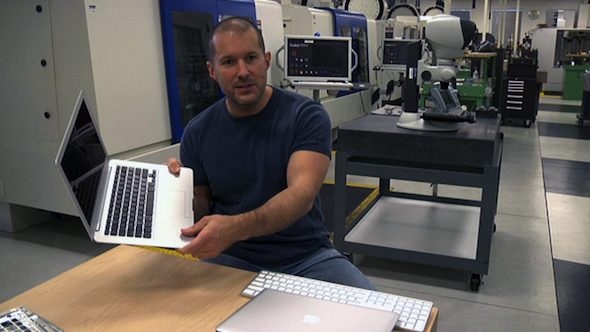 Jony Ive is the mastermind behind many of Apple’s iconic designs. He recently received knighthood at Buckingham Palace, and afterwards sat down with The Telegraph for his most revealing interview yet…

Sir Ive opens up about Apple’s take on design, focusing on simplicity and some of the Cupertino-giant’s current projects:

Our [Apple’s] goal is to try to bring a calm and simplicity to what are incredibly complex problems so that you’re not aware really of the solution, you’re not aware of how hard the problem was that was eventually solved. […]

The quest for simplicity has to pervade every part of the process. It really is fundamental.

Certainly Apple comes up with sub-par products every now and then… Ive discusses the difficulty faced when leaving a product behind even at a “mature” point in the development process:

And there have been times when we’ve been working on a program and when we are at a very mature stage and we do have solutions and you have that sinking feeling because you’re trying to articulate the values to yourself and to others just a little bit too loudly. And you have that sinking feeling that the fact that you are having to articulate the value and persuade other people is probably indicative of the fact that actually it’s not good enough. On a number of occasions we’ve actually all been honest with ourselves and said ‘you know, this isn’t good enough, we need to stop’. And that’s very difficult.

The interview concluded with Ive’s comments on the speculation that Apple can’t possibly continue their hit product streak without the visionary mind of Steve Jobs:

We have become rather addicted to learning as a group of people and trying to solve very difficult problems as a team. And we get enormous satisfaction from doing that. Particularly when you’re sat on a plane and it appears that the majority of people are using something that you’ve collectively agonized over. It’s a wonderful reward.

We certainly look forward to all the innovation and sleek designs Jony has in the works. I suggest you check out the entire interview from The Telegraph. You can also catch Jony receiving his knighthood from the BBC link below.

Source: The Telegraph via BBC News