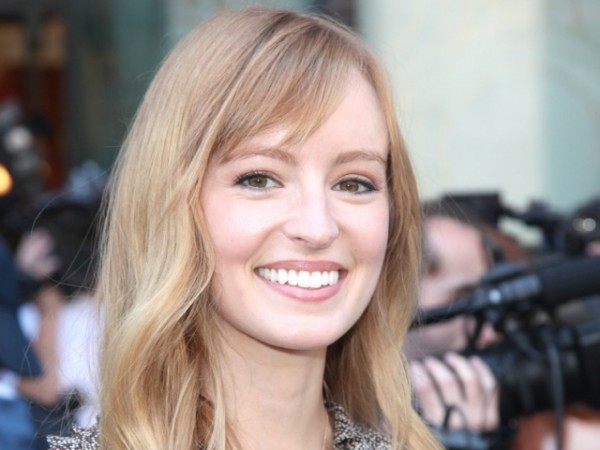 Yesterday it was revealed that Ahna O’Reilly most known for her role in The Help will be playing the love interest of Ashton Kutcher in the upcoming Steve Jobs Biopic. Kutcher has been cast to play Jobs in the biopic that expected to start filming next month. The biopic titled simply “JOBS” is expected to be in theaters sometime during the holiday season of 2012…

O’Reilly’s character “Chris-Ann Brennan” is a painter from the bay area whom Jobs dated off and on during his college years. Brennan eventually gave birth to Job’s first daughter Lisa, whom he disowned for several years. The movie will take place during Job’s early years of his career when he was still a hippie. The character of Brennan is expected to be a significant part of the movie .

Before The Help, Ahna O’Reilly was seen in movies like Forgetting Sarah Marshall and Nancy Drew.

It was recently revealed that the movie will include scenes from the original Apple garage, and actor Josh Gad will be playing the role of  “Woz.”

Sony is also working on a Steve Jobs biopic that is based off of Walter Isaacson’s biography. Hollywood heavy hitter Aaron Sorkin has been brought in to write the screen play for the movie.