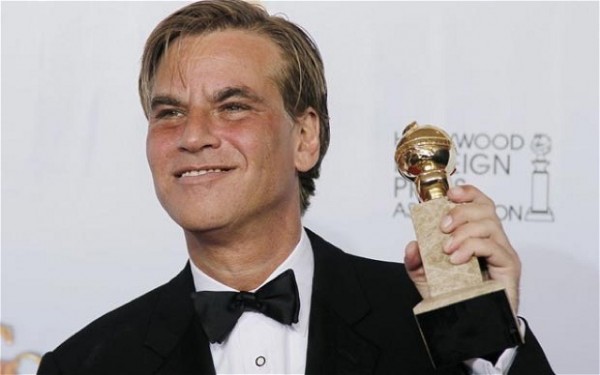 Famous Hollywood Screenwriter, Aaron Sorkin, recently signed on with Sony to write up their rendition of the Steve Jobs story. This news came closely following the announcement of another Steve Jobs Biopic staring Ashton Kutcher. Sorkin says the movie isn’t going to be a straight forward biography film, but I’m pretty confident this one will kick the Kutcher film’s butt…

Sorkin recently did an interview explaining that his film isn’t going to be what you might expect. He has also hired on Apple co-founder Steve Wozniak to oversee the entire production. He will keep an eye on the technical aspects of the film, and also advise on Steve’s character.

“I know so little about what I am going to write. I know what I am not going to write. It can’t be a straight ahead biography because it’s very difficult to shake the cradle-to-grave structure of a biography, ” said Sorkin. ”Drama is tension versus obstacle. Someone wants something, something is standing in their way of getting it. They want the money, they want the girl, they want to get to Philadelphia – doesn’t matter … And I need to find that event and I will. I just don’t know what it is.”

Either Kutcher is getting Punk’d, or Sony means business. Only if Ashton could jump ship and play ball with the big boys, but that’s probably too late. Hopefully his career won’t suffer too much. I’m not arguing that the film isn’t going to make money. But Sony’s new project looks a tad more enticing than the no-name Biopic set to release in November.

The downside is that Sorkin won’t be able to devote much time to putting the whole thing together until his upcoming TV show, The Newsroom gets off the ground. So don’t expect to see this film until at least 2013. Regardless of how either movie turns out, they’ve got my money already. I’m curious to see who will star in Sony’s take on Jobs.

So now we have two Steve Jobs films approaching. Which one will you see?