Why You Should Seriously Consider Making Cricket Your Next iPhone Carrier 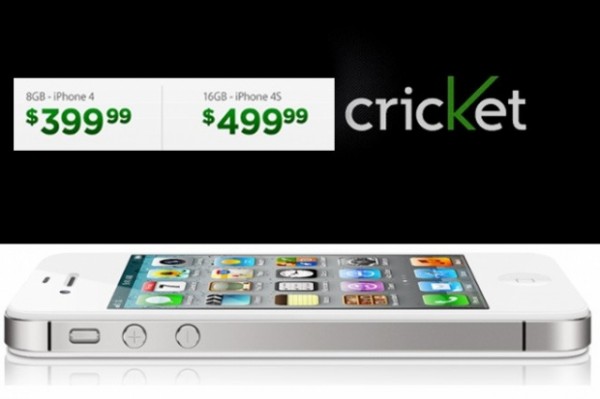 The article starts off by talking about how up until now, if you wanted to use an iPhone in the U.S. you had to sign up with one of the three major carriers AT&T, Verizon, and Sprint which would each charge your bank account close to $100 a month for 24 months.

But after Cricket’s announcement last week that they will be entering the iPhone game, the carrier landscape at least for iPhone users in the U.S. has changed radically. Cricket who services about 7 million customers in all 50 states offers unlimited voice, unlimited data, and unlimited text for only $55 a month. The only downfall? You have to drop $500 for the iPhone up front.

Brownlee and the guys over at CultofMac decided to sit down with a calculator an figure out just how much a customer would save over the next two years if they decided to get their next iPhone through Cricket rather than AT&T, Verizon, or Sprint. The answer?  A lot. Here’s the numbers they came up with.

John Brownlee goes on further to explain their findings:

In the above chart, we decided to not nickel-and-dime the big carriers. You can get cheaper plans with Verizon and at AT&T, but these are outlier cases when it comes to usability. We decided that 450 minutes, unlimited texting and at least 2GB of data was the bare minimum service most people expect when it comes to their carrier.

Either way, it’s clear that the Cricket deal is a big one. The bare minimum most people will save if they go with Cricket for their next iPhone is $520 over the course of the contract. That’s more than the cost of buying the unsubsidized iPhone (in fact, according to the above data, you’ll make back what you originally spent on the unsubsidized iPhone by the end of the first year).

Cricket has just stepped into the mix as a serious contender to buying your next iPhone from the big three. If you can afford $500 up front and spare a few kb/s of 3G speeds to not be locked down in a contract than Cricket is a no brainer.