iOS 5.1 came out today and there are some pretty cool new features. But I bet you didn’t know that iOS 5.1 turns your 4S into a 4G LTE iPhone… Well sorry to let you down, it doesn’t. While the 4S does have semi-capable “4G Like” speeds, apparently so does HSPA+. And trust us, there’s no hidden 4G modem inside. It’s simply a marketing ploy from AT&T.

Once you update you 4S on AT&T get ready to see a little 4G icon on the top bar. Seems kinda silly to me. This all came into play when AT&T and T-Mobile began pushing their new HSPA+ networks as having “4G Like” Speeds. While they are fast, they definitely are not what traditional 4G speeds are supposed to be capable of doing. 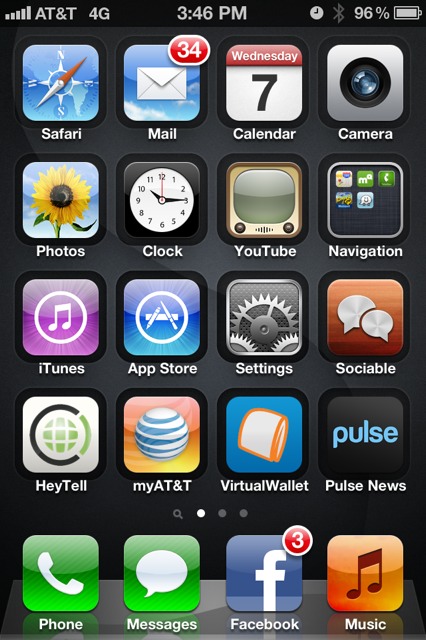 But apparently Apple has taken sides with AT&T on this argument. According to Anandtech, some speed results show that maybe it’s not entirely the network but the device,

I routinely am able to hit over 7 Mbps and even above 9 or 10 Mbps from time to time on the iPhone 4S, speeds which are obviously not possible on the 4 or 3GS/3G baseband…

From what testing I’ve done so far, the 4G indicator doesn’t appear to differentiate HSPA+ 14.4 from HSDPA 7.2 at all on AT&T, it seems as though if you’re on HSPA you’re given the 4G indicator regardless.

What do you think? Is this wrong?