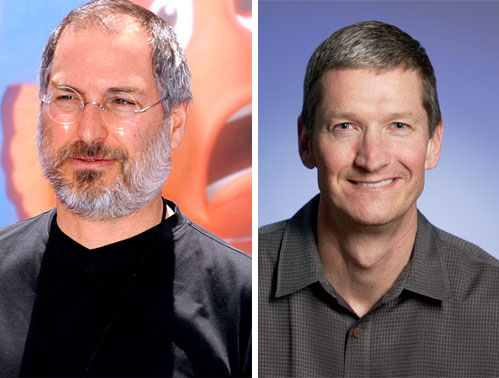 Last August an anonymous poll was given to Apple employees revealing that an incredible 97% of people who worked for Apple approved of Steve Jobs when he stepped down as CEO. The study was conducted by careers community site Glassdoor. Just recently Glassdoor conducted a second survey where they asked Apple employees if they approved or dissaproved of the job Tim Cook has done since being named CEO, and astonishingly Cook received the same 97% approval rating.

While it is way too early to judge Apple’s new CEO it is important to know that Apple employes are confident in their new leader.

As Cook told Apple employees at Jobs’s memorial last October, “Among [Steve’s] last advice for me, and for all of you, was to never ask what he would do. ‘Just do what’s right.’”

And according to Cook’s employees, he’s doing exactly that. His 97 percent ranking placed him ahead of not only Qualcomm’s Paul Jacobs and Ernst & Young’s Jim Turley, but Google’s Larry Page and American Express’ Ken Chenault, as well.

Even though Cook has only been CEO for a little under a year, and you have to take this poll with a grain of salt, it’s still pretty surprising that he got the same approval rating as Jobs.

How do you think Tim Cook has done so far as Apple’s new CEO?