The Most Realistic ‘iPhone 5’ Mockup I’ve Ever Seen 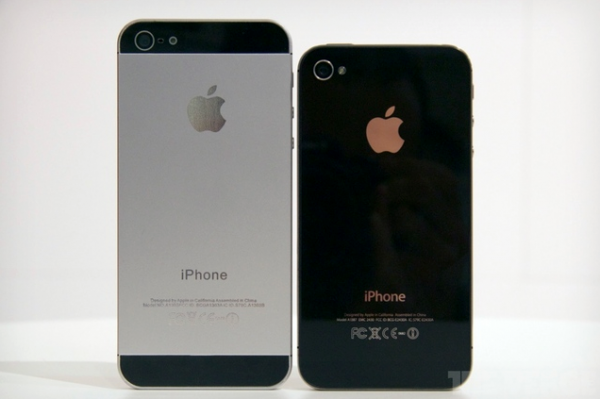 We’ve seen more than a handful of leaks surrounding the new iPhone over the last few months. At this point, if the leaks and rumors are correct, we’ve pretty much seen Apple’s next-generation iPhone. Now there’s a new high definition video that really shows a life-size comparison of a super realistic mockup next to the iPhone 4S…

This mockup was created by a case manufacturer that chose to remain nameless. The video captured at the IFA 2012 consumer electronics show in Berlin, gave The Verge got an up close and personal look at one case manufacturers mockup of the “iPhone 5.”

In the video, we get a glimpse at a very realistic comparison between the two iPhones. While this is only a non-functional mockup, it gives us a great idea (based on rumors) as to what the new iPhone will look like.

There’s no telling whether or not this mockup is dead-on specification wise, but based on everything we’ve seen and heard so far, this is the most complete leak or mockup I’ve seen.

Note: This is obviously a plastic mockup. It does not power on or have any internal components, but it sure is fascinating to look at.

What do you think? If this is the real design of the new iPhone, will you be disappointed? If so, what bothers you the most?

Source: The Verge via MacRumors