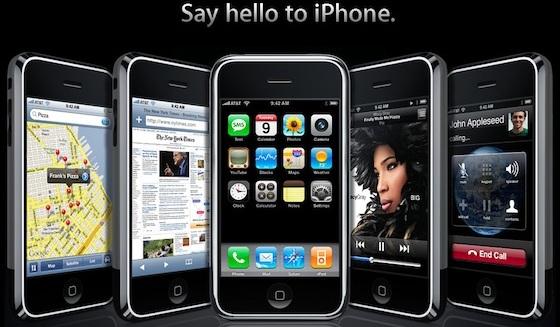 Apple’s first generation iPhone was released on June 29th, 2007. The iPhone’s fifth birthday takes place later this week and for only being a five year-old, it has made some serious dough for Apple…

Apple first showcased the iPhone at Macworld San Francisco in January 2007, ultimately releasing it that following June. Since launch the iPhone has been doing pretty well. Research firm Strategy Analytics recently published a press release showing the overwhelming number of sales the iPhone has had since Apple released it in 2007.

According to the latest research from Strategy Analytics, Apple has generated US$150 billion of cumulative revenues for its iPhone family in the first five years since launch in June 2007. A quarter of a billion iPhones have been shipped cumulatively worldwide.

Neil Shah, Senior Analyst at Strategy Analytics, said, “Apple’s first iPhone was launched commercially in the United States on June 29, 2007. Between June 2007 and June 2012, we estimate the iPhone family of models has generated US$150 billion of cumulative revenues worldwide for Apple. This is an impressive achievement and it illustrates just how popular the iPhone has become during the past five years.

I wonder how much the iPhone 5 will add to this tally.

Business Insider summarizes some of the iPhone’s impact on business, noting that the device now generates more quarterly revenue than Microsoft’s entire business, generates more profit than GE, Microsoft, or Google, and has remade the technology industry with its dominating position.

That is some crazy profit!

Regardless of sales, there’s a good reason the iPhone is on top… It’s the best, and you can’t bring a good phone down.