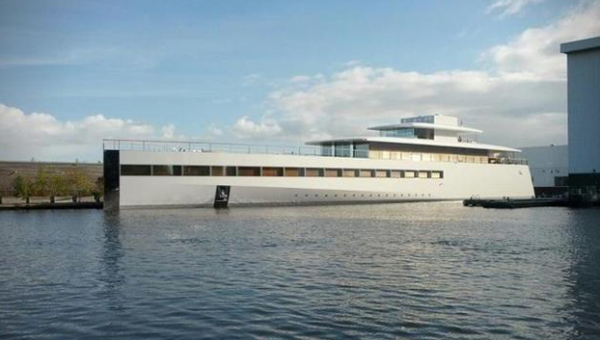 Last Friday, it was reported that the Jobs yacht (The Venus) had been impounded by Dutch authorities. The yacht was impounded over an unpaid designer bill to Philippe Starck. The good news is, a security deposit has been paid and the yacht was recently released.

According to AFP the yacht is back with the Jobs family:

“The Venus is no longer impounded, we have found a solution,” Gerard Moussault, a Hague-based lawyer for the Jobs estate, told AFP.

“A security deposit was paid into a bank account, but I cannot say for how much,” Moussault said after French designer Starck last week asked Amsterdam bailiffs to seize the sleek 70-metre (230-foot) yacht.

The yacht was initially impounded because of a dispute between Starck and the Jobs family. Starck claimed the family owed €9 million for the design work while the family claimed the payment was only 6% of the €105 million cost for construction.