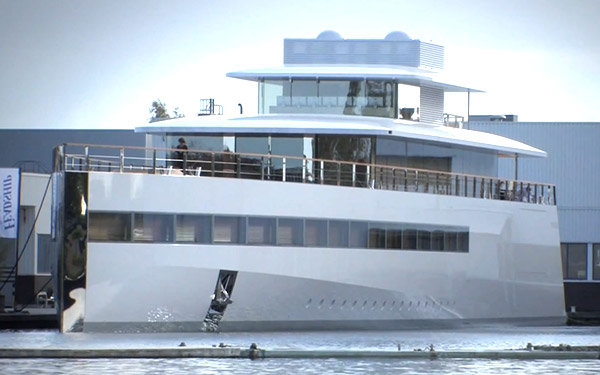 Who spends millions building the perfect yacht, then doesn’t pay the final bill? Apparently, this happened to Steve Jobs’ family yacht as it was impounded due to a bill dispute with designer Philippe Starck.

The yacht was impounded on Wednesday evening, the lawyer said, and will remain in Amsterdam port pending payment by lawyers representing Jobs’ estate.

“The project has been going since 2007 and there had been a lot of detailed talk between Jobs and Starck,” Roelant Klaassen, a lawyer representing Ubik, said.

“These guys trusted each other, so there wasn’t a very detailed contract,” he said.

Starck’s lawyers are currently going after 3 million euros instead of the 9 million euros he was promised. Hopefully the Jobs family takes care of this soon. That yacht is way too awesome to be stuck at a dock.