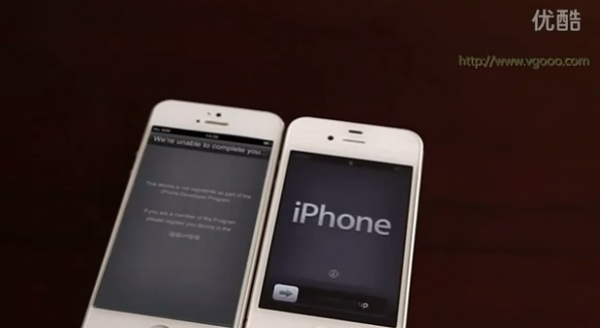 A new video has just leaked showing what appears to be a fully constructed iPhone 5. Is the the real deal, or just another dud? I’m not sure, but it looks darn convincing.

The video gives an overview and comparison of the iPhone 5 next to the iPhone 4s. The iPhone 5 definitely seems to boot up faster than the iPhone 4S, but when it finally boots the iPhone displays the message, “We’re unable to complete you.”

The message above is usually displayed when iOS 6 cannot be activated through the developer program on a specific device. For some reason though, instead of the screen linking to the developer portal it displays “@@url@@” as a link.

That message indicates to me that the iPhone hardware s not recognized. Apple hasn’t coded the hardware into iOS yet to prevent the rumor mill from digging up iPhone 5 references.

According to MIC Gadget, this wild iPhone was discovered on “accident” in the Jincheng Foxconn factory. (That’s keyword for stolen.) It definitely looks real, but the home button looks a little shady.

One questionable aspect of the device is the presence of a fourth hole or window at the top front of the device that has generally not been visible from the front in previous part leaks. In the iPhone 5, the camera has been moved to above the earpiece, swapping places with the proximity sensor that moves to the left of the earpiece. This leaked device contains a small fourth hole to the left of the camera, and while previous photos showing the backside of the front panel do indeed show the window, it is has not been visible from the front in any previous leaked photos.

What do you think of the video?

Could this be the first ever iPhone 5 boot test to hit the web? 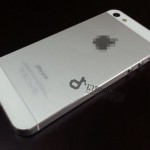 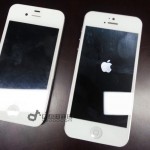 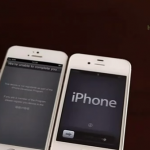