[Rumor] iTunes To Get A Huge Makeover This Year 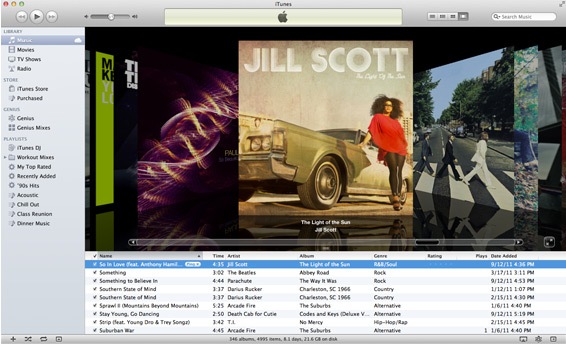 Since its debut in 2003, iTunes hasn’t had any major overhauls. We’ve always had (for the most part) the same overall features. Personally I don’t have a problem with that, but it looks like 2012 may bring new life to iTunes…

Bloomberg reports that Apple is planning to make some big changes to iTunes according to their sources. Apple will add things like better iCloud integration and music sharing along with other changes.

Bloomberg has the story:

Apple Inc. (AAPL) plans an overhaul of iTunes that would mark one of the largest changes to the world’s biggest music store since its 2003 debut, according to people with direct knowledge of the matter.

Apple will unveil the changes by year’s end, said the people, who asked not to be identified because the plans aren’t public. The company will more closely integrate its iCloud file-store service with iTunes so users can more seamlessly access and manage their music, videos and downloaded software apps across different Apple gadgets, the people said. Apple also plans new features for sharing music, the people said.

As much as I don’t mind the current version of iTunes, it’ll be interesting to see what Apple has planned if this report comes to life. Apple may be looking to break off features into different applications as well like we’ve recently seen with the release of Apple’s new Podcasts app.

The rumored plans are currently unclear as to what exactly Apple will change, but I’m sure we’ll know more. I’d expect to see something like this happen in the fall alongside the release of iOS 6 and the new iPhone.

Source: Bloomberg via Cult of Mac