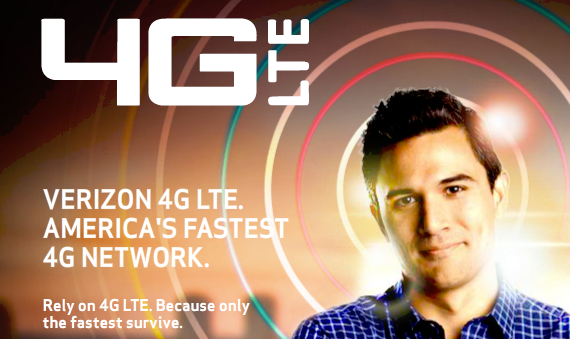 There has been wide speculation about a 4G LTE iPhone being released. All the rumors we’re put to rest for a while when the iPhone 4S was released. Since then, Apple has unveiled and is about to release the first 4G LTE iPad.

This release opens many doors for Apple as well as room for tons more rumors. The iPad running on a 4G LTE network is a huge deal and with the latest battery innovations Apple has made, this leaves plenty of room to speculate that possibly this year Apple will release the first 4G LTE iPhone.

If you still have any doubts about this theory, then you should check out what Dow Jones NewsWires reported after speaking with Verizon’s Chief Technical Officer.

“Verizon Wireless has pumped billions into building out and promoting the high-speed data network known as 4G LTE, but the carrier has drawn just 5% of its customers to the faster network, as it has struggled to convince customers to upgrade from their 3G devices, most notably Apple Inc.’s (AAPL) popular iPhone.

The carrier said that for the rest of 2012, it would only unveil smartphones capable of running on its 4G LTE network. The statement suggests any new iPhone this year will be 4G LTE-capable.”

Verizon has put quite a bit of money into building their “Nationwide 4G Network”. We’re no stranger to Verizon’s strategies to move all their smartphones to 4G only… Furthermore, this would be quite a statement to make without knowing for sure that their best selling smartphone provider was on board with a 4G LTE iPhone later this year.

Well this strategy may materialize much quicker then we imagined. It’s quite possible that by the time the rumored 4G LTE iPhone is released, you won’t be able to get a 3G phone on Verizon’s network. Which ultimately means that people like me who are “grandfathered” into their unlimited 3G plans, will have to upgrade to a more restricted, and throttled 4G plan.

Do you plan on purchasing a 4G LTE iPhone?