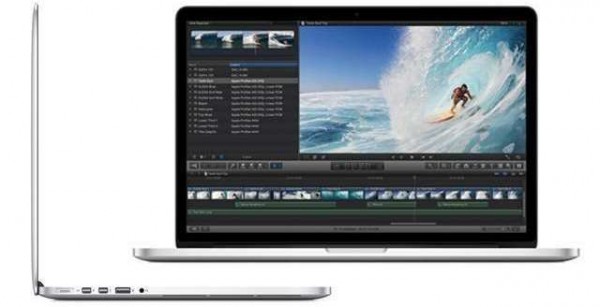 Continuous rumors suggest that Apple may be gearing up to launch a 13-inch MacBook Pro with Retina display, as well as Retina iMacs. Now we may have all the proof we need to safely assume a 13-inch Retina MacBook is on the way… 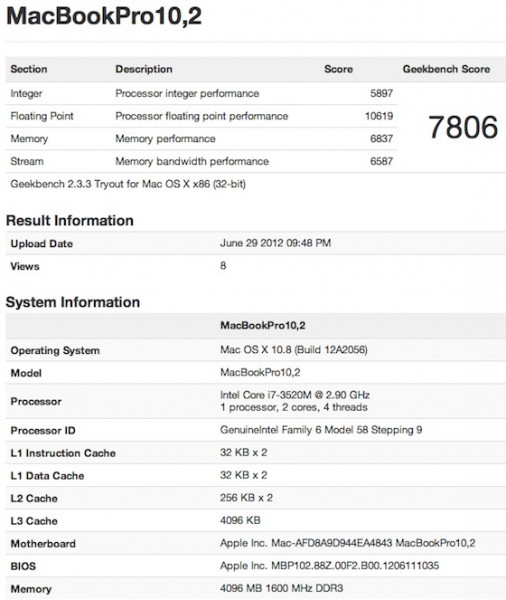 The benchmark results above are allegedly those of a 13-inch MacBook Pro with Retina display. While these results could be easily faked, the specifications mostly fall in line with what’s expected. It would be easy to assume that Apple would realize consumers want a Retina display MacBook at a more affordable price.

I don’t think I could ever go back to a 13-inch though after working on a 15-inch for quite some time. The only thing pecular about this benchamarks result is that the model is packing a 2.9Ghz processor but only 4GB of RAM.

That’s even half the RAM the standard (non-Retina) 2.9Ghz model has stock.

Could Apple be gearing up to release this new MacBook Pro in time for the holidays? It would be a wise decision based on the popularity of the recently released 15-inch model. Would a 13-inch model do better or worse?