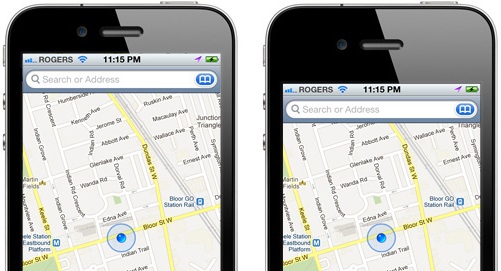 Just about everyday now we hear another rumor about the iPhone 5 or the new iPhone. This one comes in from 9to5Mac who claims that Apple actually has a couple prototypes floating around Apple’s HQ that definitely have a larger screen…

According to 9to5Mac, Apple is in the process of testing “multiple next-generation iPhones.” Their sources say that at least on e of those sports a new display. They say that Apple’s about to rock the iPhone world again when they break away from their current 640 x 960, 3.5-inch Retina display and update the iPhone to something a bit bigger.

Reportedly there are a few iPhone prototypes floating around Apple’s headquarters in giant locked shells to disguise their external design from untrusted eyes.

9to5Mac says they specifically know of two models being tested:

We know of two next-generation iPhones in testing with a larger display: the iPhone 5,1 and iPhone 5,2. These phones are in the PreEVT stage of development and are codenamed N41AP (5,1) and N42AP (5,2). Because Apple reserves certain models for internal-only usage (such as the N96 phone we previously reported on), we’re not sure which of the two devices will make its way into the world later this year.

Both of these test iPhones are reported to have a 3.95-inch display with a resolution of 640 x 1136. If this is true, Apple would be adding 176 pixels in length in comparison to their current model. The display will remain the same 1.94-inches wide but grow to be 3.45-inches tall, leaving it close to a 16:9 aspect ratio.

Apple has recently been testing custom builds of iOS 6 with adaptions made for the larger display. Things like possible adding a fifth row of icons to the homescreen and different layout adjustments are said to be in the works. 9to5Mac also “confirms” that there’s indeed a home button on the next generation iPhone and that it will sport the rumored mini dock connector we’ve heard so much about.

Apple will be bringing these dock connectors to all of their iOS devices over time, and it is not exactly a “pill-shape” as rumored. It’s basically a much narrower version of the current squared off (on the corners) dock connector. It is between the size of a Micro-USB and Mini-USB connector.

These rumors are driving me mad! I just want to have a new iPhone! I’m hoping we’ll see more evidence pointing to one or more rumors when the iOS 6 developer previews release sometime after WWDC 2012 which kicks off in a few weeks.I think that regardless of what Apple decides on doing, they’ll execute it flawlessly.

How do you feel about a larger screen on the iPhone?