So if you remember correctly the other day we informed you that the iPad 3 (or whatever Apple wants to call it) announcement media invites were being sent out and that the iPad shown on the front, didn’t have a Home Button visible.

This was purely speculation based on the icon spacing on the Home Screen, indicating that the iPad on the invitation was in Portrait mode and not Landscape. But again, this is all speculation, as we won’t REALLY know the details until Wednesday at the iPad 3 media event in San Fransisco.

But today more “leaked” images have surfaced. Apparently, Fix-iPhones.com got their hands on some additional images of both white and black bezels for the “iPad 3”. These pictures clearly show a very much exsisting Home Button, and also dig a grave for the possibility of there only being a black model. So if these photos are real, then I guess that’s one recent rumor out the window, a very short-lived one at that. Check out the pictures below. 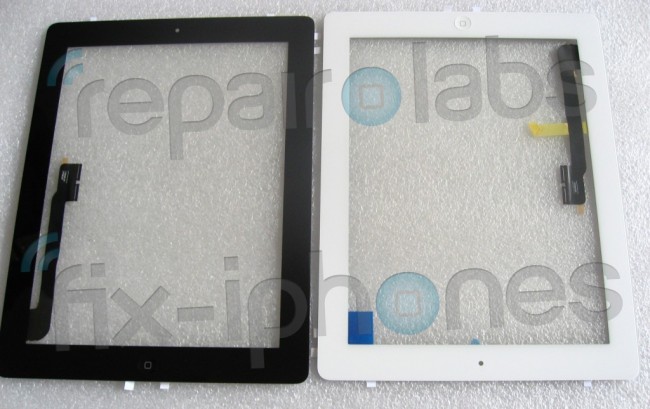 However, these picture do show an obvious design change in that the logic board on the new model iPad 3 will be different because of how the digitizer connection is placed. But other then that, there isn’t much else going on in these pictures. 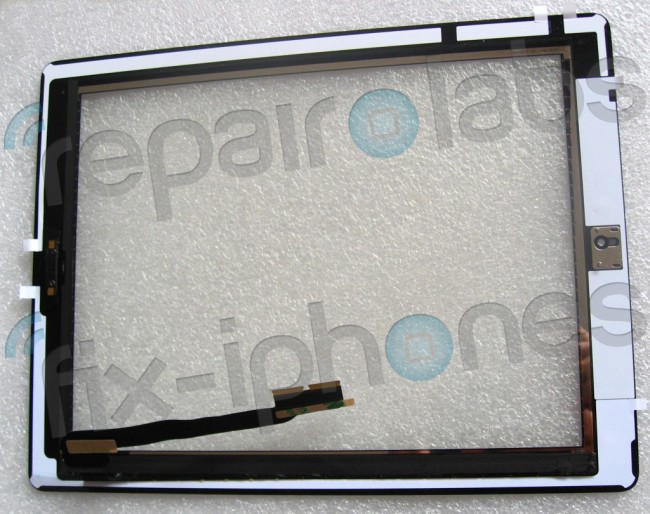 Some say these may be fake pictures but they do line up with some recent leaked photos of iPad 3 parts. So like I’ve been saying, I guess we’ll jus thave to wait and see what the final product is at the media event on March 7th, 2012.

What do you think about these photos? Fact or Fiction?